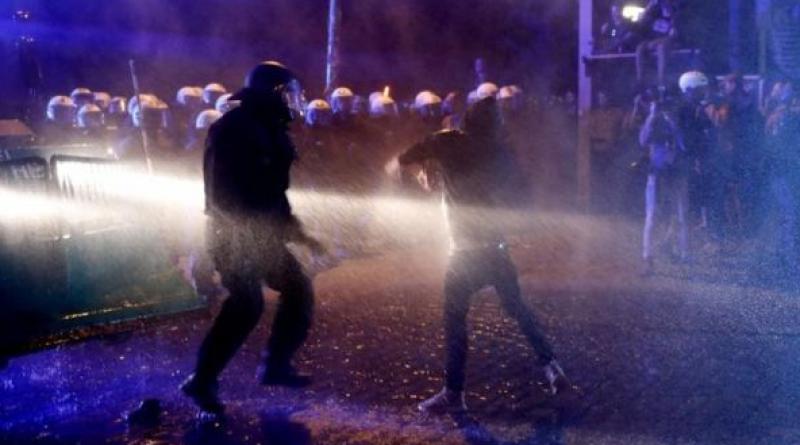 (BBC) -Seventy-six police officers have been injured in clashes with protesters in Germany’s city of Hamburg, where a G20 summit starts shortly.

Three officers were taken to hospital, police said. There were also reports of injuries among protesters.

The clashes began when police charged at masked protesters at a “Welcome to hell” march attended by 12,000 people. World leaders – including US President Donald Trump – will discuss climate change, trade and other major issues.

Organizers cancelled the march where the first clashes took place, but protesters remained on the streets and police said violence spread to other areas of the city. Medics were seen treating several people. At least one person appeared to have been seriously hurt and was carried away covered by a foil blanket.

Before the march, police had warned of possible violence and said they had confiscated a number of homemade weapons.

Some 20,000 police have been deployed in Hamburg for the summit, and security cordons have been erected to prevent protesters reaching the venues. Up to 100,000 protesters are expected in Hamburg today (July 7) and tomorrow.

The G20 leaders face their own disagreements, including over climate change and trade. Last week Mrs Merkel said the G20 would focus on the Paris climate deal – which the US has withdrawn from. But earlier she said that as the G20 host she would work to find compromises.

Putin and Trump in their own words

The summit will also see Mr Trump meet Russian President Vladimir Putin for the first time. The meeting will take place at 14:45 local time (13:45 GMT) and last for an hour, Russian media report.

Earlier in the day Mr Trump used a speech in the Polish capital Warsaw to call on Russia to stop “destabilizing” Ukraine and other countries.

Russia should also end support for “hostile regimes” such as those in Syria and Iran and “join the community of responsible nations”, he said.

He urged Russia to join the “fight against common enemies and in defense of civilization itself”.

Mr Trump referred to Russia’s “destabilizing” behavior twice in one day in Poland. But the Kremlin spokesman has shrugged that off, saying simply that Moscow “does not agree”. It’s all part of the wait-and-see approach here.

Russia once had great hopes that Donald Trump could rescue relations from the pit into which they were plunged after it annexed Crimea from Ukraine. Almost six months into the Trump presidency, there may be increasing pessimism.

But the Kremlin is calling Mr Trump’s meeting with Mr Putin today an important chance to get acquainted. Perhaps it is betting that personal dynamics will help overcome policy differences.

After all, officials here insist that it is simply “Russophobia” in the US that has prevented President Trump “getting along” with Russia as he said he wanted.

They have certainly noted how in Poland he shied away from accusing Russia unequivocally of meddling in the US elections. Moscow has argued all along that there is no proof. In public at least, Mr Trump appeared to agree with that.

Top and inset: Protesters and police engage in fierce street clashes. Photos: Top and first inset by EPA and second inset by Reuters all via BBC 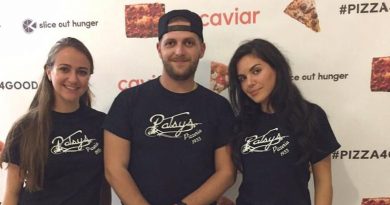 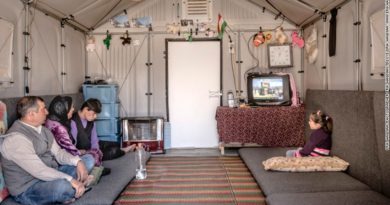