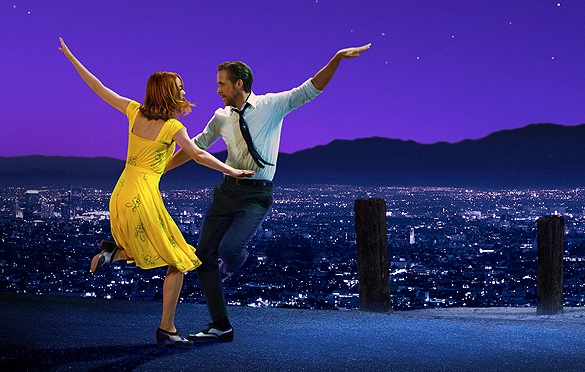 The musical film starring Emma Stone and Ryan Gosling won all seven of the awards for which it received nominations — including best motion picture – musical or comedy, best director, best screenplay, best score and acting awards for its stars He enlisted some famous friends and nominees including Nicole Kidman, John Travolta and Amy Adams to recreate the critically acclaimed musical’s opening scene in a taped segment.

Fallon’s monologue included some political humor — noting the Globes is “one of the few places left that still honors the popular vote”– and a small snafu.

“Already the teleprompter is down, so this is a great way to start the show,” Fallon said right off the bat.

But it was Meryl Streep, who was honored with Cecil B. DeMille Award for lifetime achievement,  that captivated the audience.

“You make me proud to be an artist,” Davis said. “You make me feel that what I have in me, my body, my face, my age, is enough.”

Streep got political in her speech, highlighting the diversity of the various actors there from around the world.

“So Hollywood is crawling with outsiders and foreigners and if we kick them all out, you’ll have nothing to watch but football and mixed martial arts, which are not arts,” she said.

Streep reminded those present that “all of us in this room belong to the most vilified segments of America right now: Hollywood, foreigners, press.”

Without mentioning his name, the actress criticized President-elect Donald Trump for his behavior on the campaign trail –  and called on the press to hold him accountable.

“We need the principled press to hold power to account, to call them on the carpet for every outrage,” she said. “We’re going to need them going forward, and they’re going to need us to safeguard the truth.”

Casey Affleck and Isabelle Huppert won best actor and actress in the motion picture drama categories for their work in “Manchester by the Sea” and “Elle,” respectively. “Moonlight” was honored as the best motion picture- drama. Earlier in the night, history was made when Tracee Ellis Ross won for best actress in a musical or comedy TV series. She became the first black woman to win in that category since Debbie Allen won for “Fame” in 1983.

“This is for all of the women, women of color and colorful people whose stories, ideas, thoughts are not always considered worthy, valid and important,” Ross said. “But I want you to know I see you. We see you.”

“This is incredible,” exclaimed creator and star Donald Glover after his show, which has a majority black cast, won. “I really just want to thank Atlanta and all the black folks in Atlanta. For real, just for being alive…and being amazing people. I couldn’t be here without Atlanta.”

“This isn’t the first time I have been mistaken for Ryan Reynolds,” Gosling joked before becoming serious and thanking lady love, actress Eva Mendes for her support during filming. He dedicated his win to her brother, Juan Carlos Mendes, who died of cancer in April at the age of 53.

“The Night Manager” also scored wins for best actor and actress in a limited series or TV movie for its stars Hugh Laurie and Olivia Colman.

The Globes paid tribute to mother and daughter actresses Debbie Reynolds and Carrie Fisher with a video highlighting some of their most memorable film roles.

Reynolds died one day after Fisher in December.

Below: Actress Tracee Ellis Ross, winner of the Best Performance by an Actress in a Television Series (Musical or Comedy) award for ‘Blacklish.’ Photo: CNN 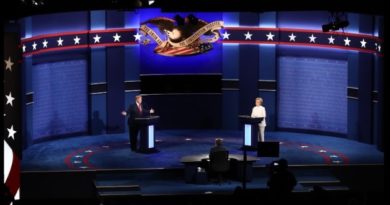 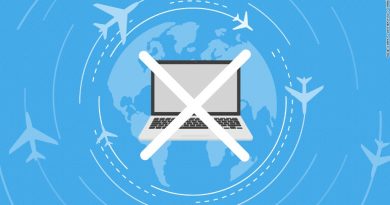 Europe is bracing for a laptop ban on flights to US