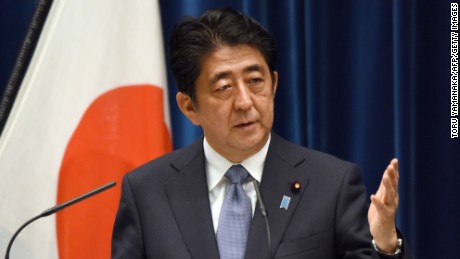 The cabinet approved 5.13 trillion yen ($43.6 billion) in defense spending for the fiscal year starting in April, up 1.4% from the initial budget for the current fiscal year.

It marks the fifth straight annual increase and reflects the hawkish Abe’s attempt to build up Japan’s military, which since World War II has been constitutionally limited to self-defense.

Abe, who is pushing revisions to the constitution, strongly backed new security laws that took effect this year making it possible for Japanese troops to fight abroad for the first time since the end of the war.

Japan is on constant alert against neighboring North Korea which has conducted two underground nuclear tests and more than 20 missile launches this year.

Under the new budget, the ministry aims to beef up Japan’s ballistic missile defenses, allocating funds for a new interceptor missile under joint development with the United States.

Also reflected in the spending is Tokyo’s determination to defend uninhabited islets in the East China Sea—administered by Japan as the Senkakus but claimed by China as the Diaoyus.

The ministry said it has allocated funds for increased monitoring operations and to maintain mastery of the air and sea to counter attacks against what it euphemistically described as “island areas” – a reference to the disputed territory.

Separately, the Japan Coast Guard will increase security around the islands by allocating a record 210 billion yen, which includes two new patrol ships and the hiring of 200 more personnel.

Also in August, Abe appointed Tomomi Inada, a close confidante with staunchly nationalist views, as his new defense minister. She has in the past been a frequent visitor to the controversial Yasukuni war shrine in Tokyo, which South Korea and China criticize as a symbol of Japanese militarism.

Japan has been boosting defense ties with the Philippines and other Southeast Asian nations, some of which have their own disputes with Beijing in the South China Sea.

The defense budget earmarks funds to dispatch extra personnel to the Philippines and Vietnam to increase gathering and sharing of information.

Beijing asserts sovereignty over almost all of the South China Sea, dismissing rival partial claims from its Southeast Asian neighbors. It also opposes any intervention by Japan.

The defense allocation is part of a record 97.5 trillion yen national budget that will be sent to parliament for debate and approval early next year. 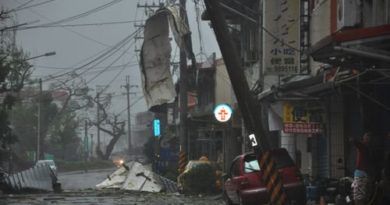