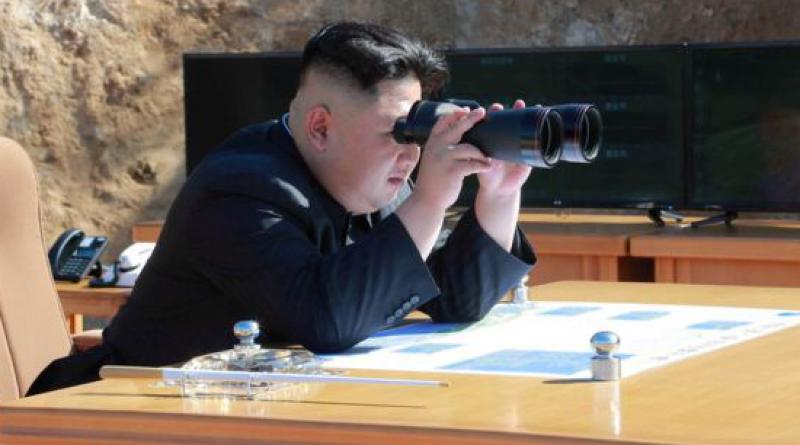 (BBC) – The US has confirmed that North Korea tested a long-range missile which some experts believe could reach Alaska.

Secretary of State Rex Tillerson called it a “new escalation of the threat” and warned that Washington “will never accept a nuclear-armed North Korea”. However, most experts believe that the North does not yet have long-range nuclear weapon capabilities.

In response the US and South Korea conducted a joint military exercise today.

A statement by the two countries’ militaries warned that “self-restraint, which is a choice, is all that separates armistice and war” and that their drills showed “we are able to change our choice”.

The two Koreas are technically still at war as the 1950-1953 Korean War ended in an armistice.

Mr Tillerson said “global action is required to stop a global threat” and warned that any nation that provided economic or military benefits to the North, or failed to fully implement UN Security Council resolution, was “aiding and abetting a dangerous regime”.

The US has asked for an urgent meeting of the UN Security Council to discuss the issue. A closed-door session of the 15-member body is expected later today. What has North Korea said?

State news agency KCNA quoted leader Kim Jong-un as saying the test was a “gift” to the Americans on their independence day.

The report warned of the possibility of more tests, saying he ordered officials to “frequently send big and small ‘gift packages’ to the Yankees”.

Pyongyang said earlier the Hwasong-14 intercontinental ballistic missile (ICBM) had reached an altitude of 2,802km (1,731 miles) and flew 933km for 39 minutes before hitting a target in the sea.

North Korea, it said, was now “a full-fledged nuclear power that has been possessed of the most powerful inter-continental ballistic rocket capable of hitting any part of the world”.

The launch, the latest in a series of tests, was in defiance of a ban by the UN Security Council.

Some experts believe that yesterday’s test proves that it has a missile that could travel across the globe and reach Alaska.

Physicist David Wright said it could reach a maximum range of about 6,700km on a standard trajectory, while South Korea’s defense ministry today put the range between 7,000 and 8,000km.

But whether that missile could deliver a warhead is still a question.

Pyongyang claimed the rocket carried a “heavy warhead” and that it “accurately hit the targeted waters without any structural breakdown”.

But South Korea said there was no evidence proving the missile could withstand high temperatures and successfully re-enter the atmosphere, reported Yonhap news agency.

Experts believe Pyongyang does not yet have the capability to miniaturize a nuclear warhead, fit it onto a long-range missile, and ensure it is protected until delivery to the target.

But others believe that at the rate it is going, Pyongyang may overcome these challenges and develop a nuclear weapon that could strike the US within five to 10 years.

By bringing Alaska within range, the new missile test is an unambiguous game-changer in both symbolical and practical terms.

US territory (albeit separate from the contiguous continental US) is now finally within Pyongyang’s cross-hairs.

For the first time a US president has to accept that the North poses a “real and present” danger not merely to north-east Asia and America’s key allies – but to the US proper.

President Trump’s weakness lies in having overplayed his hand too publicly and too loudly.

Second inset: The US and South Korea fired missiles into the Sea of Japan today in response. Photo:AFP/Getty Images 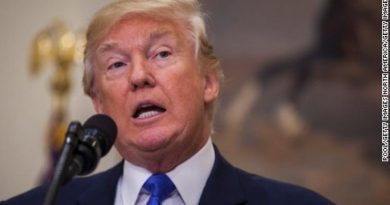