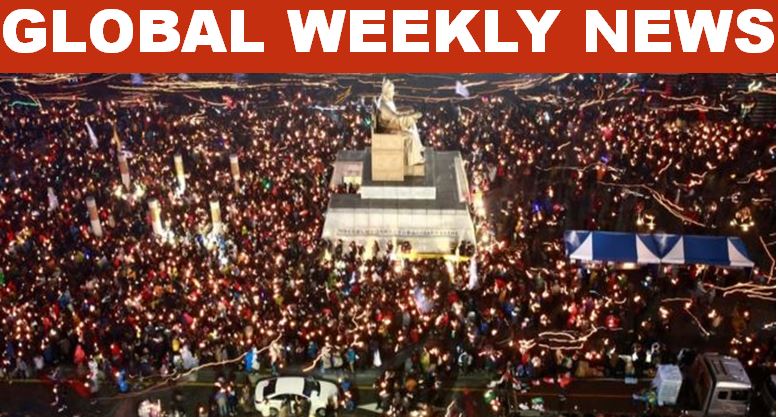 ALL eyes are on Seoul today where hundreds of thousands of people are protesting against President Park Geun-hye  demanding that she step down.

Ms Park is accused of allowing her friend, Choi Soon-sil, to manipulate power from behind the scenes and while she has apologized twice on television it has not dampened the move to oust her with discontent also boiling over the economy.

BBC quoted organizers as saying that 800,000 people had gathered in the center of the Korean capital by Saturday evening and they think this will swell to 1.5 million by the end of the night with 500,000 turning out in other regions.

Among those attending are farmers, Buddhist monks and university students. BBC also mentioned that convoys of farmers were prevented from taking their tractors to Seoul.

We really hope it ends peacefully.

TOP: Protesters hold up candles as they rally against President Park. Photo: EPA via BBC

DESPITE being carpeted recently over the proliferation of fake news in its network it seems Facebook is going from strength to strength because it is now Americans’ main source of news and is also raking in more US ad revenue than America’s biggest media companies.

Thewrap.com mentioned an analysis published by The Information showing that Facebook made US$9.1 billion in US advertising revenue in the first three quarters of this year  and this is the first time ever it reeled in more ad dollars than Comcast, which owns NBCUniversal, and Disney, parent of ABC and ESPN.

Though less than Facebook, Comcast’s ad revenue of US$7.6 billion is handsome enough as is Disney’s sum of $6.7 billion.

But of course this is way below Google’s total of $21.5 billion over the same three quarters.

RATHER than demolishing a 55-year-old textile factory building some bright people in Hong Kong decided to convert it into a startup incubator with this to open in 2018.

According to CNN, the 80,467-square-meter project, called The Mills and being developed by Hong Kong property giant Nan Fung Group, will not only have the incubator but also an art gallery and retail space. “If we looked at (the building) from a purely economic point of view, it would have been much faster and more lucrative to raze this and build another commercial building,” Cherry Chan, who is overseeing the project, told CNN.

“But this is our way of giving back, building a new community, and exploring possibilities for the city and the company.”

Focusing on startups, The Mills currently has four pre-pilot incubatees: Snaptee, Techpacker, Eoniq and The Fabrick Lab — all of which are focused on “tech-style,” a play on the word “textile.”

However this is the second such conversion with the first being PMQ, a former police barracks which has likewise been turned into a creative hub.

The former police married quarters built in 1951 which was misused for nearly a decade now host design studios, restaurants and pop-up stores. An underground floor showcases the stone foundations of a school that occupied the site in 1889. China’s founding father, Sun Yat-sen, was a pupil.

We love these conversions and hope it inspires others to look at old buildings in better light.

Inset: PMQ, a former police barracks that was converted into a creative hub.  Photo: CNN

THE whole world is still watching in awe as India’s hair-raising move to demonetize  500 and 1,000 rupee banknotes spins on affecting millions of people and also it seems hitting the country’s economy.

According to CNN, India overtook China as the world’s fastest growing major economy this year but may now fall behind again because the withdrawal of these big notes is hurting business.

Analysts estimate India’s shock decision to scrap its 500 rupee and 1,000 rupee notes — accounting for about 86% of cash in circulation — will shave at least 1% (and possibly much more) off India’s current GDP growth rate of 7.1%.

“A 3% dip in the growth rate (for the current financial year) wouldn’t surprise me,” Pronab Sen, India’s former chief statistician, told CNNMoney. Sen is country director for India at the International Growth Center in London.

If that happens, India would almost certainly lose its crown to bigger rival China.

However Shilan Shah, India economist at Capital Economics said that the negative impact would ease once the supply of new notes improves.

“I think the impact over the longer term is probably going to be quite positive, given that it’s a fairly strong reflection of the government’s anti-corruption drive,” he added. 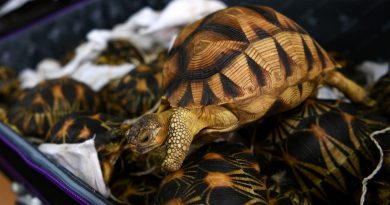