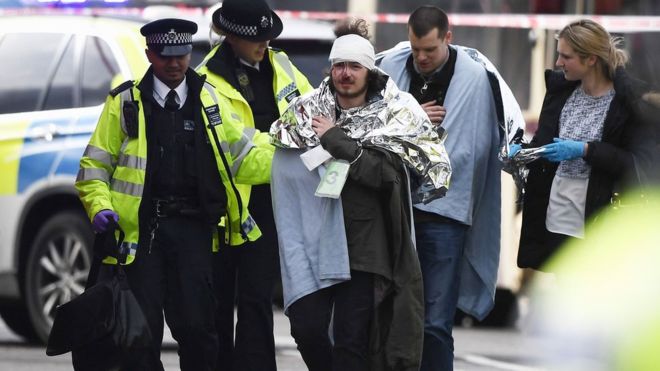 Inquiries are continuing in London, Birmingham and other parts of the country, Mark Rowley said.

Rowley revised the number of dead down by one to three. The victims were a police officer protecting Parliament, a woman in her mid-40s and a man in his mid-50s, Rowley said.

The attacker, who rammed a car into pedestrians on Westminster Bridge before attempting to storm the Houses of Parliament, was also shot dead at the scene.

Twenty-nine people were treated in hospital, seven of whom are still in a critical condition, Rowley said. There were also a number of “walking wounded,” he said.

A UK official told CNN the working theory was that the attack was ISIS “inspired or copycat”, but the authorities were “still investigating.” He added, “Values and community cohesion are now most important – this is kind of a test case.” A candlelit vigil will be held this evening in Trafalgar Square, not far from Westminster, to show solidarity and remember the victims, the office of London Mayor Sadiq Khan said in a statement.

“London is the greatest city in the world. We will never be cowed by terrorism. We stand together, in the face of those who seek to harm us and destroy our way of life. We always have, and we always will,” it said.

Rowley told journalists late Wednesday that police believe the attack was an act of “Islamist-related terrorism,” and indicated they knew the identity of the assailant but were not releasing his name.

Overnight, police in the city of Birmingham, in central England, raided an apartment, but it was not clear whether it was linked to the London attack. When asked for information, local police referred CNN to London’s Metropolitan Police. The Met told CNN it would not comment for “operational reasons.”

Only one of the victims has been publicly identified. Keith Palmer, a 15-year veteran of the London police force, was fatally stabbed on the grounds of Parliament before police killed his attacker.

A number of tourists were among 40 people hurt in the assault, including five South Koreans and three French high school students, according to officials from both countries. One Australian had been hospitalized, officials there said. A Chinese foreign ministry spokeswoman said one Chinese tourist was slightly injured.

It was the first mass-casualty terrorist attack in Britain since 2005, when 52 people and four attackers died in the July 7 bomb attacks on the London public transportation system.

British lawmakers are returning to Parliament today, where many were trapped for hours as the police operation unfolded outside the previous day.

One member of the government, Tobias Ellwood, was lauded a hero after attempting to save the police offer, Keith Palmer, who later died.

How the attack unfolded

The area around Westminster was teeming with people when the attack began at about 2:40 p.m. local time (10.40 a.m. ET) Wednesday. Witnesses said the attacker drove his car along the sidewalk over Westminster Bridge, ramming into pedestrians as he went. The vehicle hit a large number of people, including three police officers.

“The car then crashed near to Parliament and at least one man – armed with a knife – continued the attack, trying to enter Parliament,” Rowley said. One of those who died was a woman, he added.

Parliament was placed on lockdown for several hours and lawmakers were forced to remain in the main debating chamber of the House of Commons.

In the early hours of today, much of Westminster – Britain’s political heart – was still cordoned off by police, with access blocked to Downing Street and police headquarters at Scotland Yard.

Prime Minister Theresa May described the attack as “sick and depraved.” She said attempts to defeat through violence the values Parliament represents would be “doomed to failure.”

“Tomorrow morning, Parliament will meet as normal. We will come together as normal. And Londoners – and others from around the world who have come here to visit this great City – will get up and go about their day as normal,” she said on Wednesday.

“They will board their trains, they will leave their hotels, they will walk these streets, they will live their lives. And we will all move forward together. Never giving in to terror. And never allowing the voices of hate and evil to drive us apart.”

People echoed May’s defiance online, sharing an image of the London Underground logo emblazoned with the words “We are not afraid.”

Khan, the mayor, paid tribute to the emergency services and said: “My heart goes out to those who have lost loved ones and to everyone who has been affected.”

He announced extra armed officers would be deployed on the streets of the British capital. However, Rowley said there were no plans for military officers to provide extra protection at this stage.

World leaders expressed their condolences, with US President Donald Trump phoning the British Prime Minister to pledge US support in “responding to the attack.”

“Spoke to UK Prime Minister Theresa May today to offer condolences on the terrorist attack in London. She is strong and doing very well,” he tweeted.

In New York, the NYPD stepped up security at “UK sensitive locations,” including the British Consulate in midtown Manhattan, James Waters, the department’s counterterrorism bureau chief said. NYPD Commissioner James O’Neill said that it was routine to step up resources in this way during global terror events.

He tweeted: “Australia stands in resolute solidarity with the people of Britain in war against terrorism. Our heartfelt sympathies are with the victims.”

Robyn Lyon, 34, from Rugby, said he was walking along Westminster Bridge when he saw the car plow through the crowd

“I saw a car, the crunch of car, hitting the curb. I kind of thought the guy had maybe had a heart attack or something,” he said.

“The accelerator suddenly picked up so you had that revving… It hit several people. I jumped out the way into a road.

“I stood in shock and saw carnage around me and the car carrying on up the bridge.”

Craig Meichan, 20, a student from Ormskirk near Liverpool, was on a field trip with around 15 others and had left Parliament just a moment before.

“It sounded like a car backfiring, police began shouting and they started cordoning off the area,” he told CNN, adding that he believed his tutor was still locked inside.

Top: Those injured on the bridge were helped from the scene. Some had “catastrophic” injuries. Photo: Getty Images via BBC

Inset: People in Brussels made a heart sign with their hands to remember the victims of the attacks there a year ago. Photo: AP via CNN 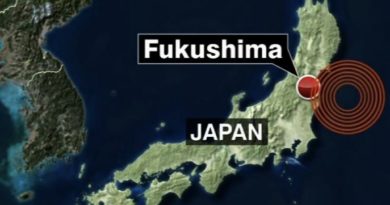 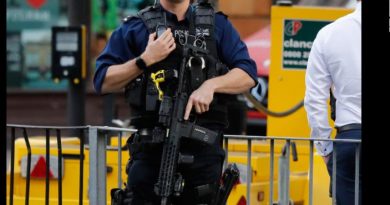