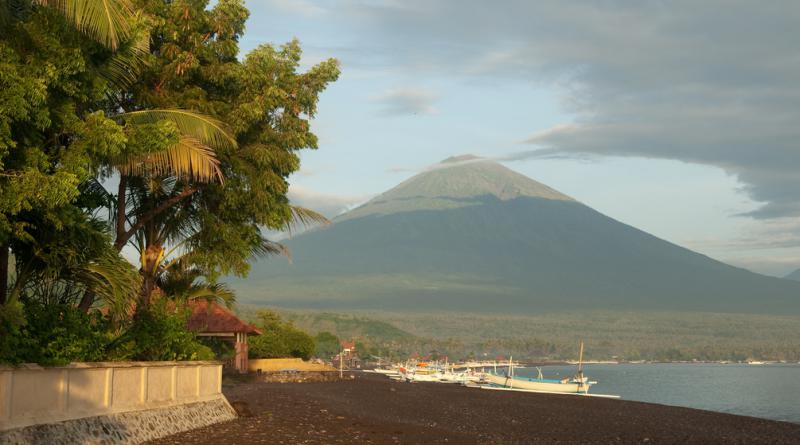 (Reuters via  Channel NewsAsia)Denpasar, Indonesia: Thousands of residents were evacuated from villages near an active volcano on the Indonesian island of Bali, officials said today (Sept. 22), as seismic tremors rattled some areas and smoke rose above one of the world’s most popular tourist spots.

The alert status for Mount Agung in eastern Bali was at 3, one level below the highest, and authorities warned tourists and residents to avoid camping or hiking within a 6km radius of the crater.

“Volcanic activity remains high and there are indications of magma rising to the surface and causing tremors,” said Sutopo Purwo Nugroho of the National Disaster Management Agency.

“There should be zero public activity within the specified radius in case there is an eruption,” Nugroho said.

However, flights at Bali’s international airport were operating as normal and there was little disruption to tourism operators across the rest of the island, authorities said.

Nearly 6,000 people have been evacuated so far and that number was expected to rise, officials said.

Some residents in villages at the foot of Mount Agung said they were reluctant to leave immediately. Others gathered to watch the volcano.

Others packed their belongings into trucks for evacuation, while more stopped to watch as clouds of white smoke rose from the crater, which is around 3,000m above sea level.

Indonesia straddles the “Pacific Ring of Fire”, where several tectonic plates meet and cause 90 percent of the world’s seismic activity, according to the US Geological Survey.

Indonesia has nearly 130 active volcanoes, more than any other country.

A series of eruptions at Mount Agung between 1963 and 1964 killed more than 1,000 people and injured hundreds.