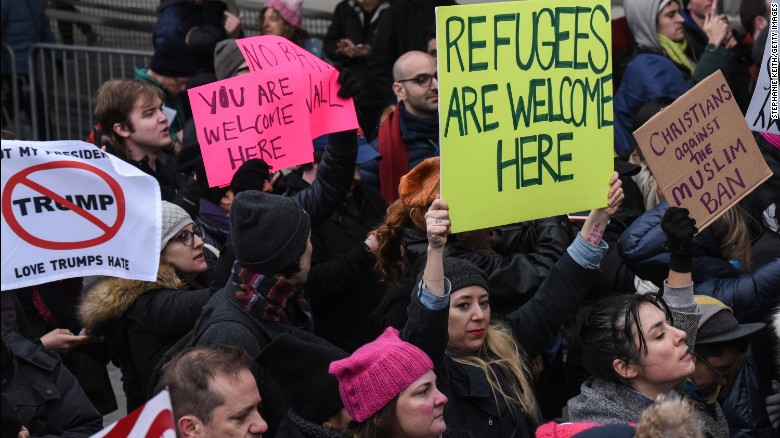 (CNN) – US President Donald Trump insisted on Sunday his travel ban on certain Muslim-majority nations would protect the United States from terrorists, after a weekend of outrage and confusion over the move.

In an afternoon statement, Trump wrote the country would continue showing “compassion to those fleeing oppression.”

“America has always been the land of the free and home of the brave,” he wrote. “We will keep it free and keep it safe, as the media knows, but refuses to say.”

He pushed back on criticism suggesting his executive order amounts to the “Muslim ban” he proposed as a candidate.

“To be clear, this is not a Muslim ban, as the media is falsely reporting,” he wrote. “This is not about religion – this is about terror and keeping our country safe.”

The statement is the latest attempt by Trump’s White House to explain the controversial order, which the President signed at the Pentagon on Friday. The move halted US refugee entry into the US for 120 days, and barred all citizens of seven predominantly Muslim nations from entering the US for three months.

Trump cast the move as in line with the previous administration’s moves to combat terrorism, writing: “My policy is similar to what President (Barack) Obama did in 2011 when he banned visas for refugees from Iraq for six months.”

While Obama did order his administration to pause consideration of Iraqi refugee applications for six months in 2011, Trump’s action is far more sweeping, preventing all citizens of Iraq from entering the United States for 90 days. The other nations under the same restrictions are Iran, Libya, Somalia, Sudan, Syria and Yemen.

Meanwhile for a second consecutive day, protesters rallied across the country against President Trump’s immigration policies.

Throngs of people gathered on Sunday afternoon outside the White House. Crowds also formed in Boston’s Copley Square, at Battery Park in Manhattan and at airports in Atlanta, Los Angeles, Washington and Dallas.

Crowds gathered outside airports across the country, cheering as detained travelers started to leave.

In New York, six more people were released late Sunday morning after being detained at John F. Kennedy International Airport the day before.

“(They) have lawful visas and they have the proper paperwork,” Jeffries said. “We hope they will be released later today.”

Weekend of protest
Crowds had gathered at JFK on Saturday to protest the detention of two Iraqis who were later released. Protests also sprung up at a handful of other airports where people were blocked trying to enter the country.

“Mr President, look at us,” said US Rep. Nydia Velazquez, a New York Democrat. “This is America. What you have done is shameful. It’s un-American.”

The protesters gathered in Terminal 4 at JFK and carried signs reading, “We are all immigrants!” and “No ban! No wall!”

Governor Andrew Cuomo ordered the Port Authority of New York and New Jersey to reverse an earlier decision to restrict passage aboard the JFK Airport AirTrain to ticketed passengers and airport employees only.

He also instructed state police and the Metropolitan Transportation Authority to assist with security and transportation for protesters.

“The people of New York will have their voices heard,” Cuomo said. 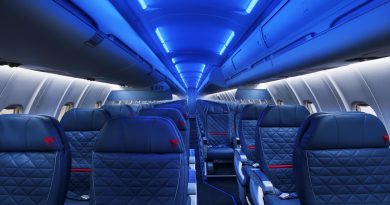 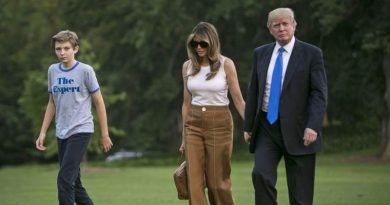