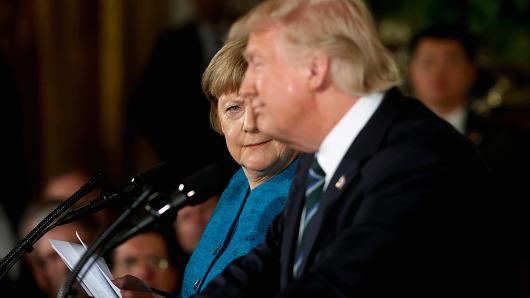 (CNBC) – US President Donald Trump has criticized Germany once again for its large trade surplus with the US and its low contributions to NATO, saying this attitude is “very bad” for the United States.

The comments made on Twitter take current tensions in US-German relations a notch higher.

Chancellor Angela Merkel said at an election rally on Sunday that Germany and the European Union can no longer rely on the United States.

“The times in which we could completely depend on others are, to a certain extent, over,” she told the rally in Munich.

“I’ve experienced that in the last few days. We Europeans truly have to take our fate into our own hands,” she said. Her comments came as she steps up her campaign in the September federal election.

The image of friendly relations between Germany and the US seems distant since Trump took office. His administration has previously said that Germany’s trade surplus is a result of the country’s manipulation of the euro.

Germany fought back arguing that it doesn’t have powers to manipulate the euro and the only reason consumers opt for its products is because they are more competitive.

Data released last February by the German Federal Statistics Office showed that Germany’s trade surplus rose to 252.9 billion euros ($270.05 billion) in 2016, surpassing the previous high of 244.3 billion euros in 2015. If it were a single trade partner, Germany would be the fifth largest in total trade flows with the US. But it runs the third largest trade surplus, after China and Japan.

Meanwhile, contributions to the defense alliance NATO has emerged as another problem between Berlin and Washington. Trump has repeatedly asked NATO allies to step up their contributions. At the moment, only 5 of the 28 members fulfill the target of paying at least 2 percent of their gross domestic product on defense.

According to NATO data, Germany is currently spending 1.2 percent of its GDP on NATO. The US spends 3.6 percent.

At a summit last week, Germany, like other NATO members, vowed to present an action plan on how it will increase defense spending. At the time, Trump told his allies they were being unfair toward US taxpayers.

CAPTION:
Top: Germany’s Chancellor Angela Merkel (L) gives US President Donald Trump a look in the East Room of the White House in Washington on March 17 this year. Photo: CNBC 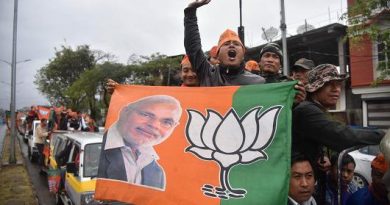 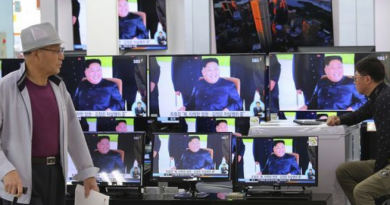 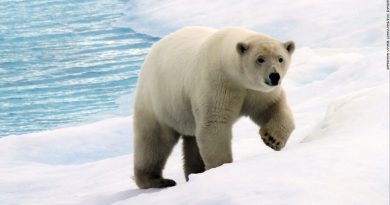