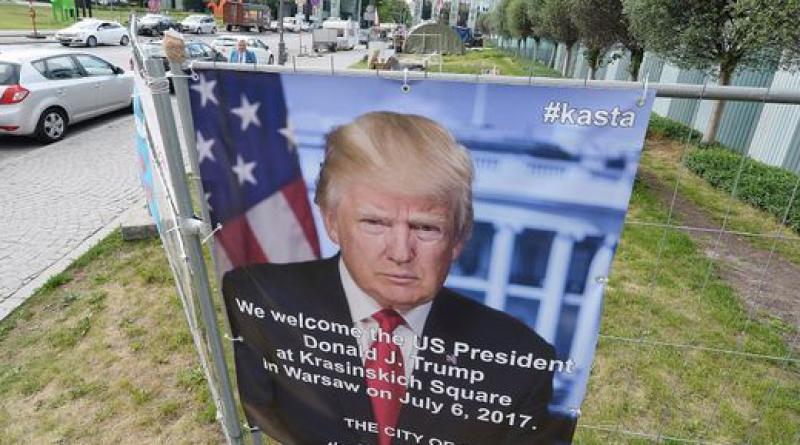 (USA Today) – US President Trump will visit Poland tomorrow (July 6)  en route to a Group of 20 summit in Hamburg, Germany. The trip is raising concerns in Europe. Here’s why.

Poland has one of the most right-wing governments in Europe. The ruling Law and Justice Party (PiS) has a broad, anti-liberal agenda that opposition parties, the European Union and others allege is endangering the ex-communist country’s young democracy. PiS has sought to limit the ability of the courts to operate independently, crack down on dissenting media and pursue conservative polices on abortion and gay rights. Poland refuses to accept Syrian refugees based on EU quotas.

Poland’s leadership sees Trump’s visit as a diplomatic coup because it indicates tacit approval for its policies, and comes before he meets with leaders of staunch US allies Britain, France and Germany. Jaroslaw Kaczynski, the party leader of the PiS, called Trump’s visit a success that other allies “envy.”

As part of his visit to Warsaw, Trump will meet with President Andrzej Duda and deliver a speech at the Three Seas Conference, a forum convened by Poland for Central European, Baltic and Western Balkan countries to find ways to boost trade and cooperate on infrastructure projects. A key talking point will be how these countries can reduce the region’s dependence on Russian energy. Poland already has begun importing more liquefied natural gas from the United States, and Trump will almost certainly use his address to boast about the benefits for American business.

However, he may also use the speech to claim that the US  is not alone in its disapproval of the Paris accord to combat global warming, from which he withdrew the US  in June. Poland, one of the largest greenhouse-gas emitters in the region, has found the move from coal to clean energy difficult and clashed with the EU over global-warming mitigation laws.

“It’s a controversial visit,” said Małgorzata Bonikowska of the Warsaw-based think tank Center for International Relations (CIR). “It could be read as a signal that the US feels closer to Poland than to its EU partners. PiS sees Trump as a strong, right-wing leader who is taking the US to the right place.”

Trump often criticizes NATO members for failing to meet the military alliance’s 2% of GDP defense spending goal. In Poland, he won’t have to. It is one of just five out of 29 NATO countries that meet the alliance’s goal. Germany, which hosts the G-20 summit, has been on the receiving end of Trump’s complaints.

But the choice of Krasinski Square is not without some symbolism: It was at the heart of Poland’s 1944 failed uprising against Nazi German occupation and its choice of location could be interpreted as an attempt by Trump to publicly remind Germany of its dark past. At the same time, Poland hopes the US leader reaffirms a commitment to NATO’s doctrine of collective defense if any member is attacked — a pledge Trump would not make in May at a NATO summit in Brussels .

Bonikowska of the CIS said the Polish government would make sure that large cheering crowds are on hand for Trump’s visit and his speech in Krasinski Square , which will be broadcast live on Polish television. She said the country is divided over Trump’s presidency, like in the US, with some admiring his outspokenness and others viewing him as arrogant.

Mateusz Klinowski, mayor of a Polish town who has come under pressure from the government for attempting to resettle refugees, said Poland’s ruling party is made up of ultra-populists “who come from the same soup” as Trump’s America First nationalism. “They have the same view of the world. Our government thinks that Poland has to rise, to be great again, the same as Trump.” 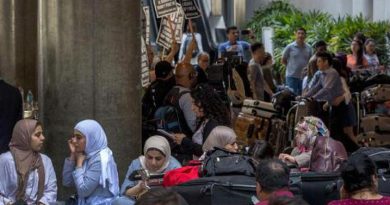