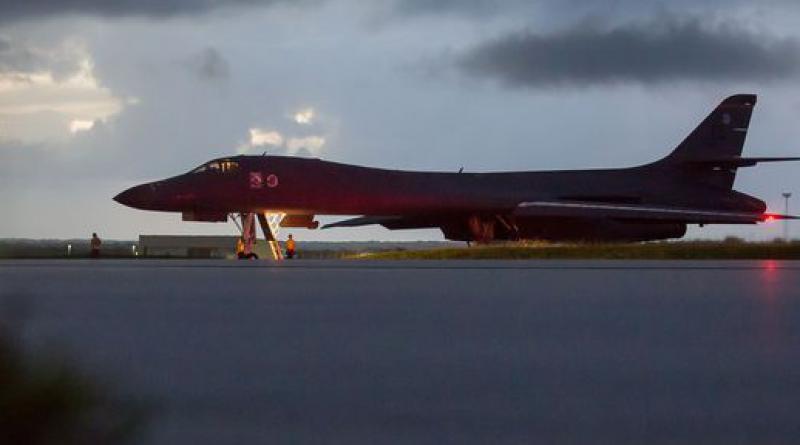 (USA Today) – US Air Force B-1B bombers and F-15 jets, flying in international waters, carried out a show of force on Saturday off the coast of North Korea aimed at countering what the Pentagon called Pyongyang’s “reckless behavior.”

The Pentagon said the operation was taking place at the farthest point north of the Demilitarized Zone, which separates North and South Korea, than any US fighter or bomber aircraft has flown this century.

Pentagon spokesperson Dana White said the operation was aimed at “underscoring the seriousness with which we take (North Korea’s) reckless behavior.”

And late Saturday, US President Trump took another personal dig at North Korean dictator Kim Jong Un. Trump tweeted, “Just heard Foreign Minister of North Korea speak at UN. If he echoes thoughts of Little Rocket Man, they won’t be around much longer!” “This mission is a demonstration of US resolve and a clear message that the President has many military options to defeat any threat,” White said. “North Korea’s weapons program is a grave threat to the Asia-Pacific region and the entire international community. We are prepared to use the full range of military capabilities to defend the US homeland and our allies.”

The display of military might comes as tensions between Pyongyang and Washington are mounting, most recently with North Korea’s foreign minister blasting Trump in a speech on Saturday at the United Nations.

He said Trump’s personal insults against North Korean leader Kim Jong Un, make “our rocket’s visit to the entire US mainland inevitable all the more.”

In a speech this week before the UN, Trump warned North Korea that it could face potential obliteration and mocked the North’s young leader as a “Rocket Man” on a “suicide mission.”

North Korea has said it intends to build a missile capable of striking all parts of the United States with a nuclear bomb and has underscored its rhetoric with periodic missile and nuclear tests.

Foreign minister Yong-ho even warned on Friday that Pyongyang may test a hydrogen bomb in the Pacific Ocean.

The Department of Defense did not specify the exact number of aircraft used in the operation.

The Pentagon emphasized that no Japanese or South Korean fighters were involved in the operation.

Inset: This photo taken and released by the US Air Force on July 30, 2017 shows a US Air Force B-1B Lancer receiving fuel from a KC-135 Stratotanker during a 10-hour mission from Andersen Air Force Base, Guam, into Japanese airspace and over the Korean Peninsula, before making contact with Japan Air Self-Defense Force F-2 fighter jets in Japanese airspace and then proceeding over the Korean Peninsula and being joined by South Korean F-15 fighter jets. Photo:   Kamaile Casillas, AFP/Getty Images via USA Today 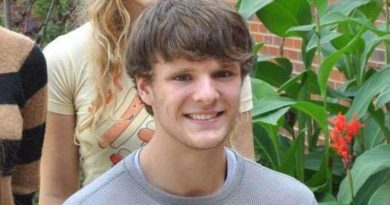 Tour group: No more Americans to N.Korea after Warmbier death