A delivery driver went to file a report with the police after he was urinating by the road when a coffee shop owner attacked him. The man was completing his private business when he heard a noise, he looked behind him to find an uncle complaining, the uncle then slapped his ear. While still confused, the delivery man decided to share his story online. The Facebook user posted on 12 November 2020 on what happened. The man was driving as usual when he suddenly needed the bathroom. He parked the vehicle and was urinating by the road when an uncle attacked him. The uncle slapped the man on the ear 3-4 times, the delivery driver still has trouble hearing.

Adisorn 23-year-old works as a delivery driver for a big company. He went to file a report with the Saraburi City Police after the attack along with a medical certificate as proof of the injury. Adisorn was slapped in the face and on his ear multiple times. The doctor informed the victim to return if his hearing does not improve after a few days. Officials accepted the report and informed Adisorn the seriousness of the case depends on how long his injuries require medical care.

Investigation police went to find the suspect named Odd at his coffee shop. Officials wanted to find what reasoning the man had to attack Adisorn. Officials arrived to find that Odd had closed down his coffee shop for the day and is nowhere to be found. The victim stated he parked his vehicle in front of a convenience store and went to use an ATM. While he was withdrawing money he suddenly needed the bathroom. He walked to a nearby wall and found some grass far from the store and there were no homes nearby. The victim started urinating when he heard the uncle yell telling him to not urinate.

The uncle called Adisorn but he just ignored the uncle and was about to cross the road. The uncle approached him and asked why he urinated, didn’t he know it smells. Before Adisorn could answer Odd slapped his face and ear 3-4 times. Adisorn started recording so the man drove away on his motorbike. The victim wants Odd to take responsibility as his ear is in pain and has trouble hearing.

FB Caption: The uncle slapped Adisorn multiple times after he urinated by a convenience store.

Nightclubs in Chiang Mai advise customers to get Covid-19 tested. 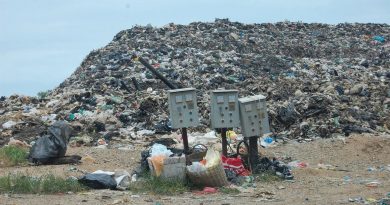 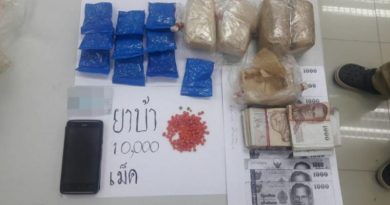