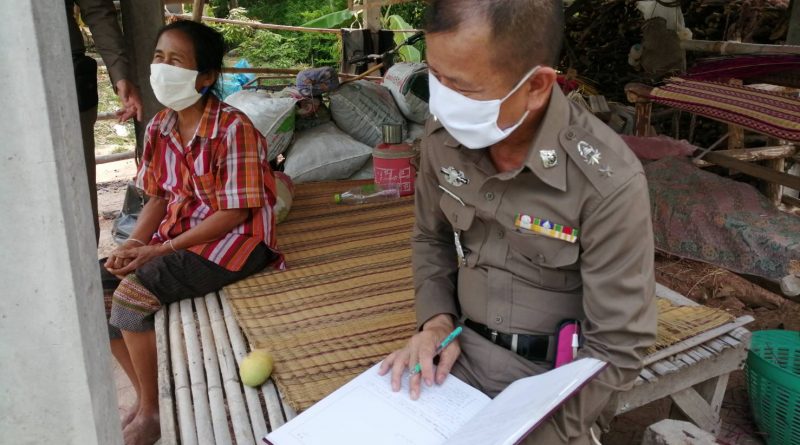 A man went around town claiming that he was a doctor and official from the local health office in Kalasin Province. The suspect targeted seniors in Kamalasai District, Kalasin telling the victims that he was offering free disinfection services against the Coronavirus. When the seniors allowed him into their house, he took the opportunity to rob them and left without a trace. Investigation revealed his true identity, Wanlachon Singthong 49-year-old originally from Roi Et Province was arrested on 9 April 2020. The police have evidence from the case that includes the motorbike used in committing the robberies and items stolen from the senior victims.

The suspect works as a wood buyer from old homes, he claimed that the Covid-19 situation has taken away his method of income and thus decided to become a thief to find some money. Officials stated that he even offered free Covid-19 tests to the victims directly in their homes. Wanlachon went to re-enact one of the cases at Suntorn 75-year-old home, a senior victim. The suspect drove his Honda Wave motorbike with no license plate to her home on the 7th of this month. Suntorn was home alone and while she went back into the house to go wear a mask the suspect stole 800 THB cash and drove away.

The suspect then went to Samai 77-year-old home, another victim on the same day. Wanlachon suggested for Samai to take a shower, but the suspect didn’t find any valuables in the home. Next, he went to the home of Thorn 71-year-old and also told her to go take a shower. He took this opportunity to search the home and managed to get away with 20,000 THB cash, a gold necklace, and her phone.

FB Caption: Wanlachon claimed to be a doctor, he targeted senior women and went inside their homes before driving away with their valuables. 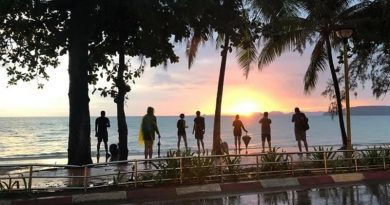