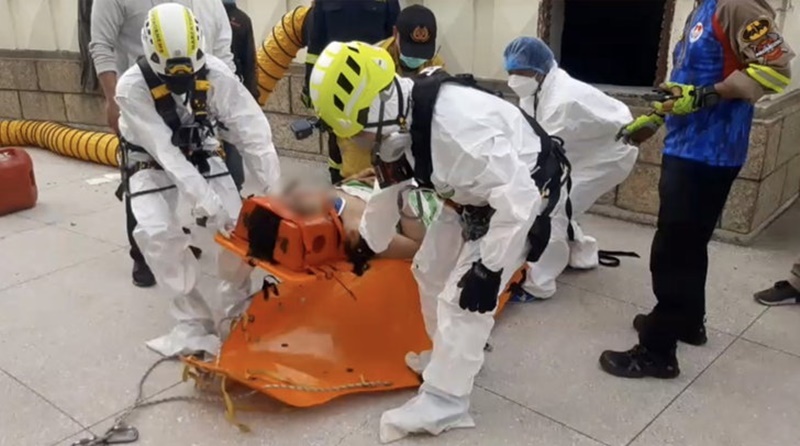 A man ran around Victory Monument naked and then fell underneath the base of the monument. Sanook News reported on 20 August 2021 at 13.00 after receiving notification that the man had been found underneath the monument. Two local rescue teams went to help rescue the man. Team members found the man naked calling for help. He fell down the base of the Victory Monument, a 8-meter fall. The team placed an air compressor underneath the base to help air ventilate. Because the base is very deep there was not much air for the man. The team then went down to help bring the man out. The process took about 2 hours and at around 15.00 the man was rescued from the base.

Pakchara 47-year-old witness, stated she noticed the man driving around Victory Monument many times. At first he was on the walkway surrounding the monument. He then climbed into the monument and started taking his clothes off. Not long after he was naked before climbing out of the monument. He ran naked on the roads and climbed back into the monument. Pakchara then lost sight of the man. She wanted to know where the man was so Pakchara started searching. There is a base underneath the Victory Monument, Pakchara went to look through the hole and heard a voice.

The man shouted “Help me, Help me, I can’t take it any longer”. Pakchara was shocked and didn’t know what to do. She then called the rescue team to help the man. Surachai 32 year olf the brother revealed that the man often used Yaba pills and he might have used other drugs. Before the incident his brother started acting strange. He would dress for work in the morning but returned home earlier than usual, at around 9.00-10.00 which is only a few hours after he left the home. Surachai worried about his brother and decided to get security cameras. His brother found out and removed them. When Surachai arrived at the monument he asked the brother whether he was on drugs and the answer was yes. The man has been delivered to the Vajira Hospital.

FB Caption: The man fell 8-meters underneath the base of Victory Monument in Bangkok. 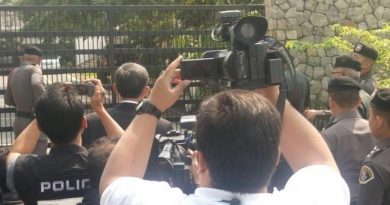 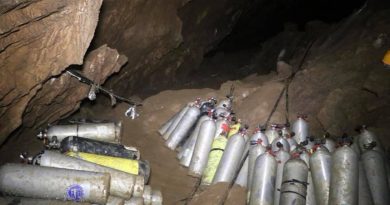