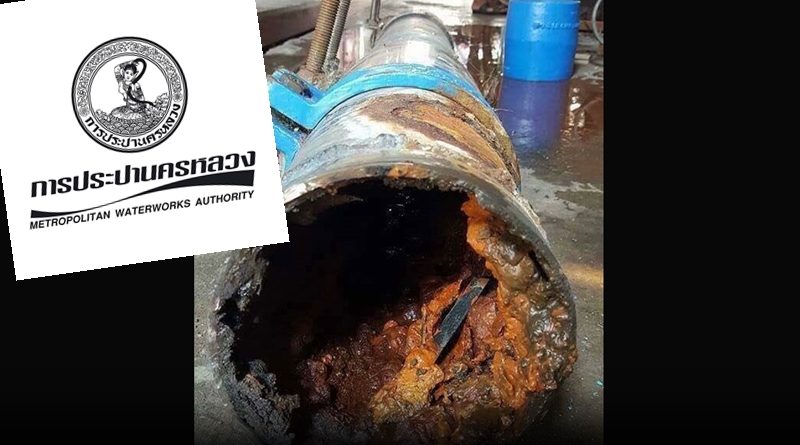 THE Metropolitan Waterworks  Authority (MWA) today (May 1) came out to explain that a photograph going viral online showing a water main in Bangkok’s Lat Krabang district which seems to be full of rust but this is in fact scale is an old one and the problem has since be resolved,  Matichon newspaper said.

The pictured water main is made of galvanized iron (GI) with a five-inch diameter and while MWA has stopped using them, there are a few left in some problem areas where they cannot be changed, for example because the landlord would not allow it or there is no space to lay new pipes, but this is less than 1% of its pipeline network.

The yellowish material within the main is scale and this normally builds up in GI pipes after years long use but MWA confirmed that despite the appearance the water flowing through it is of good quality because scale does not break off and mix with water and moreover chlorine is added to kill germs with this being in accordance with World Health Organization guidelines.

MWA added that if any household is not confident that pipe water is drinkable it is willing to send its scientists to check and reassure them. In fact on April 20, 2016 its scientists went and collected water from the house of the person who posted this picture on his page and found that it was normal with nothing mixed in it.

MWA is working on changing the pipeline at this community in Lat Krabang district to high-density polyethylene (HDPE) variety with polybutylene pipes being used in some stretches and hopes to complete the project by June this year.

Top: This photo of a scale-filled water main is spreading like wildfire online. Photo:  Matichon 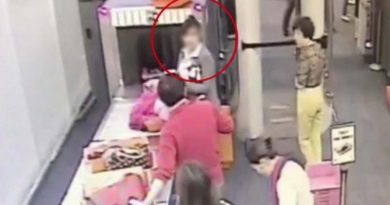 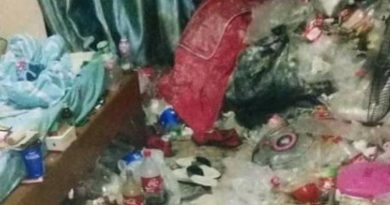