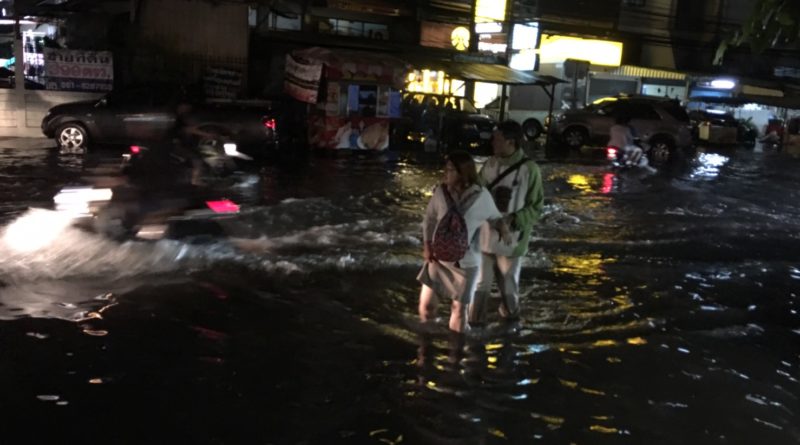 AFTER last evening’s torrential rains led to 10 areas of Bangkok being flooded which in turn triggered severe traffic problems, the Geo-Informatics and Space Technology Development Agency came out today to say that the rains are seasonal with only a small influence from the La Niña weather phenomenon.

Dr Anond Snidvongs, GISTDA’s executive director told Thai News Agency this morning that the rains and floods this year are not near the level of 2011’s massive flooding. He added that this year’s rainy season should not be longer than usual but people have to carefully watch for more rains that two monsoon storms will trigger.

Yesterday the heaviest rainfall was recorded in Bang Sue district with record high 100 mm, turning 12 locations into small klongs of between 5-30 cm in depth such as areas in front of Pongpetch market, in front of the Constitutional Court and TOT Chaengwattana, Bang Khen circle on Pahonyothin road, Sapan Dam tunnel on Kamphaeng Phet road, in front of Amornphan market, Taopon intersection among others, Thai PBS English News said today.

A netizen by the name of Nuttharudee Non posted a message on his Facebook page, saying he was caught in the traffic at Lat Phrao intersection for about four hours as his wife was waiting at Central Lat Phrao for him to pick her up. Then she bought food and water and walked all the way to his stationary car to take over the steering wheel.

Both had dinner in the car as they waited for traffic to ease somewhat to allow their car to crawl slowly forward, Thai PBS English News added.

The Thai Meteorological Department forecasts that up to 6 a.m. tomorrow morning Bangkok and vicinity will be cloudy with 80% chance of thundershowers and isolated heavy rain from afternoon to evening.

People in the North, Central, East, Lower Northeast and upper South were warned to beware of severe conditions up to October 9, 2016.

During La Niña years, the formation of tropical cyclones, along with the subtropical ridge position, shifts westward across the western Pacific ocean, which increases the landfall threat to China, according to a recent CNN report.

In March 2008, La Niña caused a drop in sea surface temperatures over Southeast Asia by 2 °C. It also caused heavy rains over Malaysia, the Philippines, and Indonesia

Because La Niña is hot on El Niño’s heels, the most consistent and significant impact will be noticed in the regions that border the Pacific Ocean, where the winds and ocean temperatures show the greatest variation. Wetter than normal conditions are likely for northern Australia and Indonesia, as well as the Philippines.

This rainfall will be welcome in some areas, as El Niño fueled droughts have plagued much of Southeast Asia for the past several months.

However, it’s not all positive.

“While La Niña brings more rain which is good for farming, there are concerns. Flood mitigation measures should be in place.”

INSET: A map showing the flood situation in Thailand which was updated this morning by Thaiflood.com 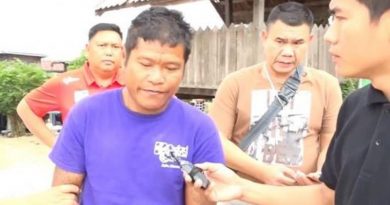 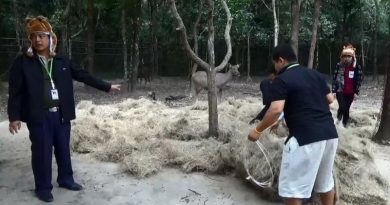