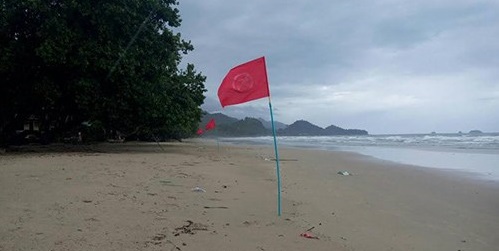 RED flags have been put up on Koh Chang beaches to warn tourists that because of current bad weather it is forbidden to enter the sea, INN News said today (June 9) .

Sanya Kerdmanee, the mayor of Koh Chang district, ordered the distribution of around 30 red flags to hotels and resorts next to the island’s key beaches, with these being White Sand Beach, Klong Prao Beach, Kai Bae Beach and Lonely Beach, in order to put them up on their stretch of the beach to warn tourists that it is currently too dangerous to swim or play in the sea.

This is because the monsoons are in full swing and there are also rip currents in the sea.

Additional steps include the posting of PR notices in both Thai and English languages saying that tourists would risk their life if they enter the water.

Officials and civilian and military volunteers have also been stationed on these beaches to act as life guards and equipment such as rubber rafts and jet skis have been provided. 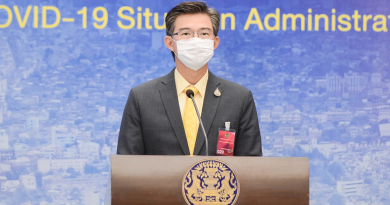 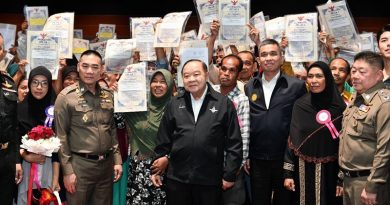