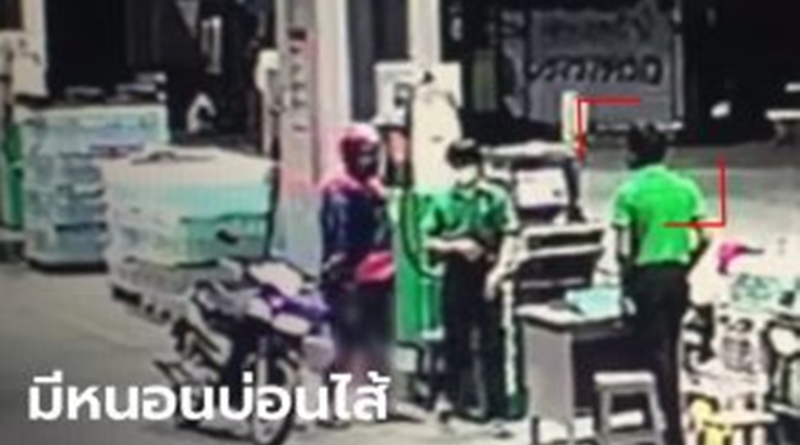 A gas station was robbed, and the suspect was arrested. Information behind the robbery came out that revealed a gas station employee was involved. The employee was the person keeping watch and signaled the robber to come in. The robber is friends with the gas station employee, together they came up with a plan to rob the gas station. Police arrested the robber and are now searching for the employee. Bang Bon Police and related officials interrogated James the main suspect of a gas station robbery case that took place in Bang Bon District, Bangkok. The robbery took place on 25 June 2021 and the suspect was arrested on 29 June 2021.

Officials also found evidence used in the robbery including a Honda motorbike with a Bangkok license plate. The suspect admitted that he worked with a friend to plan out a robbery. James used a sparta knife as the weapon. The suspect made plans with Tle his best friend who lived in the same village. Tle works as an employee at the gas station that was robbed. Tle kept an eye on how much money the gas station had during the time. Tle would then signal for James to come in when there was a lot of cash. Tle then acted like a victim when James asked for the money. James walked into the gas station and demanded for Tle to hand him cash. Tle then acted scared and quickly handed James all the cash that was available.

Police started an investigation and found out who James was along with where he lived. James was arrested and history reveals he has been in trouble with the law on drug charges. The suspect has been arrested at Bang Mod Police Station and Bang Khun Thian Police Station. Tle the gas station employee is now on the run. Investigation shows he is still hiding in Bangkok and police will be making an arrest soon.

FB Caption: When James walked into the gas station Tle acted like he was scared and quickly handed over the cash. 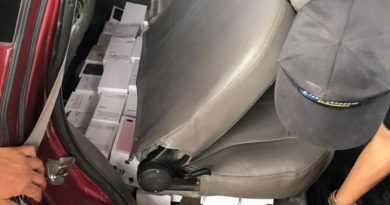 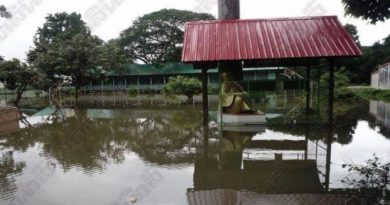