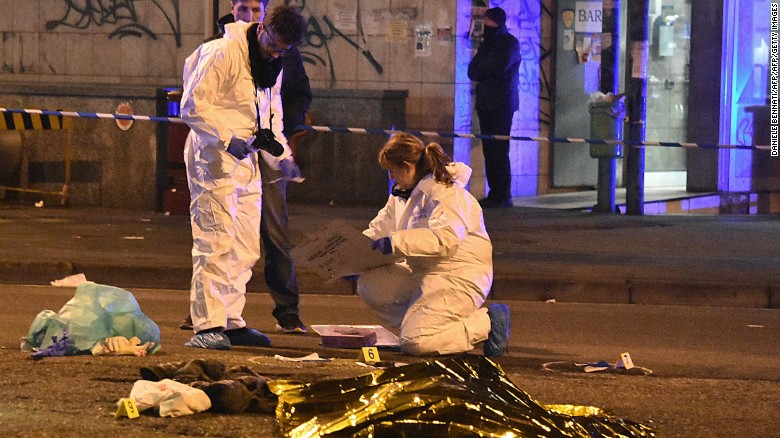 (CNN) – Video has emerged of Berlin Christmas market attack suspect Anis Amri pledging allegiance to ISIS. The footage appeared hours after the Tunisian man was killed in a Friday morning shootout with police in Milan, Italy.

The subject of a Europe-wide manhunt since Monday’s deadly market attack, Amri was stopped in Sesto San Giovanni, a district in the northeastern part of Milan, just after 3 a.m. local time, Italian police said on Twitter.

A video released on ISIS-affiliated website Amaq shows Amri pledging allegiance to the group’s leader, Abu Bakr al-Baghdadi, and vowing that “we will slaughter” the “crusaders who are shelling the Muslims every day.”

He does not refer to Monday’s attack that left 12 dead and injured 48, and it’s not clear when or where the video was recorded. The bulletin was issued by the FBI and Department of Homeland Security and issued to law enforcement agencies and private security companies around the US.

There are no known specific, credible threats, US law enforcement officials say. The bulletin was issued out of an abundance of caution given the public nature of the posted threats and the holiday season.

The bulletin was sent Friday to law enforcement after pro-ISIS websites had published a publicly-available list of churches in the United States.

The encounter that led to Amri’s death began when Italian police asked for his papers. When that happened, Amri pulled a .22-caliber gun out of his backpack and fired at them, police said.

The driver of the police car returned fire, killing the 24-year-old suspect. A police officer, Cristian Morio, was shot in the encounter and is recovering in the hospital. A second officer, Luca Scata, was unharmed.

Amri shouted, “Bastard cops,” before he was killed, according to Milan police Chief Antonio De Iesu.

At a press conference, Italian Interior Minister Marco Minniti said the slain man was Amri “without any doubt.” The Tunisian had previously lived in Italy.

The officers were not searching for him but stopped Amri as part of normal patrol operations, De Iesu said.

Nobody had alerted the police to Amri’s presence in the city.

A spokeswoman for the French anti-terrorism prosecutor’s office, Agnes Thibault Lecuivre, could not confirm the report, telling CNN the investigation was ongoing.

If he did travel from France, Amri would have passed through at least two European borders after fleeing Berlin.

German officials are working to determine whether Amri had a network of people helping him flee to Italy, German federal prosecutor Peter Frank said.

Amri was considered to be one of the most dangerous Islamists in the country for months before Monday’s attack, according to German intelligence officials.

In March, he was put on a German security services list of dangerous people, which currently includes 549 individuals, the officials said.

German Chancellor Angela Merkel said in a press conference that government ministers will be assessing what security measures need to be adapted in the wake of this week’s attack.

Merkel said she had spoken to Tunisian President Beji Caid Essebsi about speeding up the process of returning Tunisians living in Germany illegally.

Amri’s mother: ‘I want the truth’

Amri’s mother, Nour Elhouda Hassani, said her son called last Friday to catch up. Nothing had struck her as odd.

“All we talked about was how are you and how is everything. I did not notice anything strange about him,” she said, speaking to CNN exclusively from her family’s home in the small Tunisian town of Oueslatia.

“When he calls me, he was playful and always laughing. He was not an extremist, he was like all young men around here. He always went out and drank alcohol.”

She demanded answers about his death.

“I want the truth about what happened to my son,” she said.

“I want the Tunisian and German government to tell me what happened to my son. We want the truth. Why did they kill him? He was a suspect; they could have gotten more information from him, had they captured him alive. Was he a terrorist? No, my son was not a terrorist.” 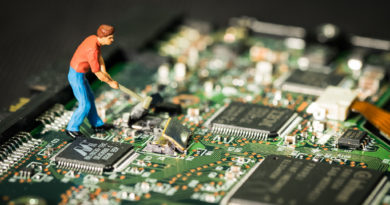