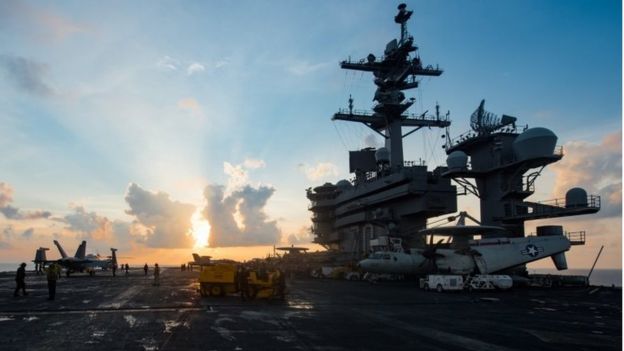 (BBC) – China has warned that “conflict could break out at any moment” as tension over North Korea increases.

Foreign Minister Wang Yi said if war occurred there could be no winner.

Mr Wang’s comments come as the US voices increasing concern at North Korea’s development of nuclear weapons and deploys a Navy carrier group off the Korean peninsula. China, North Korea’s only backer, fears conflict could cause the regime to collapse and problems on its border.

Mr Wang said: “One has the feeling that a conflict could break out at any moment.

“I think that all relevant parties should be highly vigilant with regards to this situation.”

“We call on all parties to refrain from provoking and threatening each other, whether in words or actions, and not let the situation get to an irreversible and unmanageable stage.”

Adding to Chinese unease, President Donald Trump said on Thursday that “the problem of North Korea” would be “taken care of”.

“If China decides to help, that would be great. If not, we will solve the problem without them! U.S.A.”

The North Korean military responded yesterday (April 14) by saying it would “mercilessly foil” any US provocation.

“Our toughest counteraction against the US and its vassal forces will be taken in such a merciless manner as not to allow the aggressors to survive,” read a statement from the army, reported in English by North Korea’s official news agency, KCNA.

The US president has recently demonstrated his willingness to resort to military methods. He ordered a cruise missile attack on Syria in retaliation for a suspected chemical weapons attack, and the US military just used a huge bomb against so-called Islamic State in Afghanistan.

Washington is concerned North Korea might develop the ability to launch a nuclear weapon at the US.

Mr Trump and China’s President Xi Jinping have been in contact by phone since their summit last week in Florida, and Reuters quotes US officials as saying tougher economic sanctions against North Korea are also being considered.

China is concerned any conflict could lead to a huge refugee problem on its border with North Korea. It also fears the collapse of the North Korean regime, which would remove a buffer between China and a country with US military bases, and has thus long been wary of pushing Pyongyang too hard.

But, in a sign of growing frustration with its neighbor, it recently blocked coal imports from the North. And Chinese state broadcaster CCTV reports that the government will suspend direct Air China flights between Beijing and Pyongyang from Monday April 17.

There is also intense speculation that North Korea could carry out a sixth nuclear bomb test or another missile launch – possibly a long-range missile – today (April 15).

Today marks the 105th anniversary of the birth of its first leader, Kim Il-sung.

In an interview with the Associated Press, North Korea’s Deputy Foreign Minister Han Song Ryol accused the Trump administration of “becoming more vicious and more aggressive” in its policy towards the North.

An institute linked to the North Korean foreign ministry also warned that “thermo-nuclear war may break out any moment”.

Top: The US carrier group deploying off the Korean peninsula on April 8 is led by the USS Carl Vinson. Photo: Getty Images via BBC 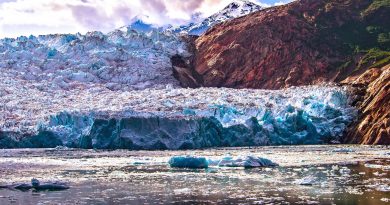 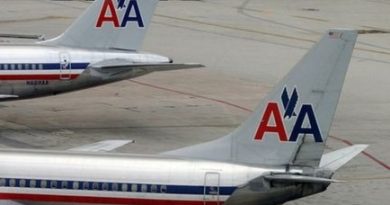