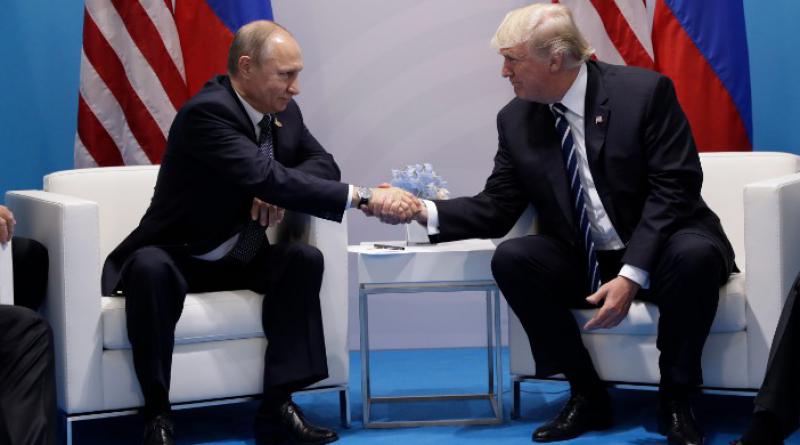 WORLD
July 8, 2017 ThaiResidents Team 0 Comment disagree, each, other, over, Putin, Russia, said, to, Trump, US, what

(CNN) Hamburg, Germany – US President Donald Trump and Russian President Vladimir Putin met for over two hours yesterday afternoon (July 7), discussing interference in US elections and ending with an agreement on curbing violence in Syria.

But a diplomatic dust-up immediately broke out after the session when Russian Foreign Minister Sergey Lavrov said Trump accepted Putin’s assurances there was no Russian involvement in the 2016 American election.

The dispute only underscores the challenges that remain in the fraught relationship between the United States and Russia, whose 2016 election meddling has hung over the Trump White House for months as multiple investigations proceed in Washington.

Trump opened the session by “raising the concerns of the American people regarding Russian interference in the 2016 election,” US Secretary of State Rex Tillerson said in an off-camera briefing after the meeting. Russia asked for “proof and evidence” it was involved, which the US did not produce in the meeting.

Lavrov, speaking on camera in a separate briefing, said that Trump was OK with Putin’s version of events.

“President Trump said he’s heard Putin’s very clear statements that this is not true and that the Russian government didn’t interfere in the elections and that he accepts these statements. That’s all,” Lavrov said, according to a CNN translation.

Both Tillerson and Lavrov were in the room with Trump and Putin for the bilateral talks.

Trump pressed Putin on election meddling and then moved on, Tillerson said.

Despite broaching the topic with Putin, Trump’s concern over the matter remains, given the President’s repeated questioning — as recently as Thursday in Poland — whether Russia was involved in the 2016 meddling.

“I think it very well could be Russia, but I think it could very well have been other countries,” Trump said during a news conference with Polish President Andrzej Duda.

US intelligence agencies concluded in a report released earlier this year that Russia ordered an “influence campaign” to harm Hillary Clinton’s chances of winning the election.

Talks yesterday focused on how the two countries “secure a commitment that the Russian government has no intention” of interfering in future elections, Tillerson added. “How do we have a framework where we have capability to judge what is happening in the cyberworld.”

“There was a very clear positive chemistry,” Tillerson said.

First lady Melania Trump entered the meeting about an hour into the session to see if the leaders wanted to wrap up, but that the talks lasted another hour after that, Tillerson said.

After the session, Tillerson announced a ceasefire in southwest Syria.

The deal was a “defined agreement” and could be a precursor to further cooperation in Syria, he said.

“This is our first indication of the US and Russia being able to work together in Syria,” Tillerson said. The leaders had a “lengthy discussion regarding other areas in Syria where we can work together.”

According to Russian state-run Sputnik media, the leaders discussed the situation in Ukraine and Syria, the fight against terrorism and cybersecurity.

“I had a very lengthy conversation with the President of the United States, there were a lot of issues such as Ukraine, Syria, other problems, some bilateral issues,” Putin is quoted as saying after the session was complete.

The meeting put Trump, a man who ran for president pledging to buck US foreign relations conventions and put “America First,” face-to-face with those promises as many in the United States, including Democrats, urged the President to stand up to Putin, assert American dominance and challenge the Russian leader on 2016 election meddling.

Speaking to reporters at the start of their conference, Trump and Putin remained mostly positive.

“President Putin and I have been discussing various things and I think it is going very well,” Trump said. “We have had some very, very good talks.”

“We are going to have a talk now and obviously that is going to continue,” Trump added. “We look forward to a lot of very positive things happening for Russia, and for the United States and for everybody concerned. And it’s an honor to be with you.”

Putin, in a CNN translation, told Trump he was “delighted” to meet face-to-face.

“We have spoken on the phone with you several times on very important bilateral and international issues. But phone conversation are never enough,” Putin said.

“If we want to resolve bilateral and acute international issues, we definitely need personal meetings. I’m delighted to be able to meet you in person Mr. President, and I hope — as you have said — that our meeting will yield positive results,” Putin added.

Trump’s formal meeting with Putin, a pivotal encounter that will likely color the tone and tenor of US relations with Russia for years, sat atop Trump’s schedule of critical meetings yesterday, including a prolonged sit-down with Mexican President Enrique Pena Nieto.

Trump sat between British Prime Minister Theresa May and German Chancellor Angela Merkel during yeterday morning’s leader retreat and was seen chatting with May. Putin was seated next to Pena Nieto. Trump, who flew to Germany from Poland on Thursday afternoon, met with Merkel upon landing and had dinner with Japanese Prime Minister Shinzo Abe and South Korean President Moon Jae-in.

The White House was aware of the stakes for yesterday. Top aides worked for weeks to prepare for this encounter with Putin, known for his craft on the international stage, and experts suggested the White House be prepared for a curveball from the Russian president.

Any Trump-Putin meeting — whether official or unofficial — would be tense as both have pestered each other in the lead-up to the G20. Trump chided Russia’s use of energy as a coercive force and for its actions in Eastern Ukraine on Thursday in Poland, while Putin subtly jabbed Trump’s trade policies on the sidelines of the summit, according to the Russian state-run media.

“When discussing the situation in the global economy, the Russian side intends to focus on issues regarding ensuring positive dynamics of global trade,” Putin said. “We oppose the growing policy of protectionism in the world.”

Dmitry Peskov, Putin’s spokesman, said the Russian president took Trump’s comments from Poland “into consideration” as he prepared for conversation. 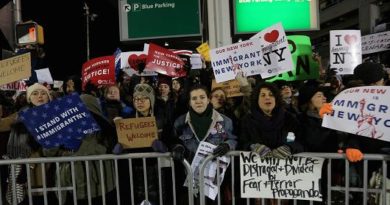 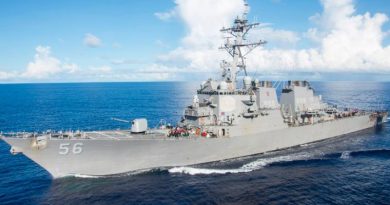 US destroyer collides with merchant ship