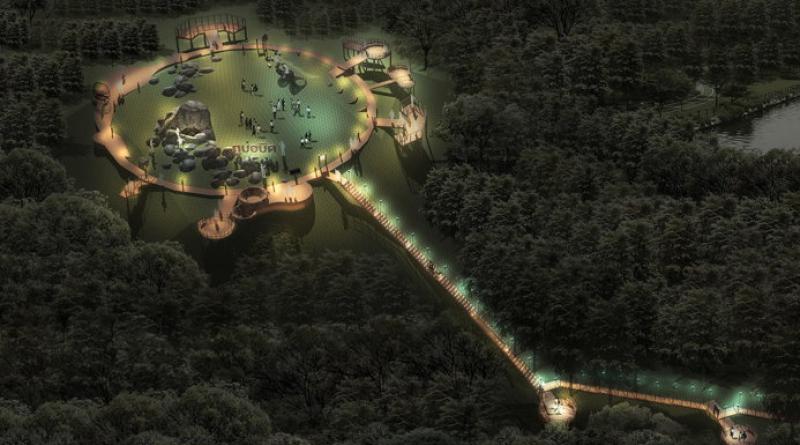 TO be built at the top of a mountain in northeastern Loei province which is just 3 kilometers from the city and popular with both local and foreign tourists is city viewing tower, Sanook! Travel reported today (Oct 8, 2018).

Phu Bo Bit mountain rises 500 to 600 meters above sea level and tourists enjoy the challenge of climbing up the 800-meter staircase to the top to view the sun rise amid a sea of mist covering all 360 degrees. At the cold Phu Bor Bit Forest Park there are many caves within the large stretches of healthy forest. Tourists not only enjoy climbing all the way up to view the sun rise, but also often opt to see the last rays of the setting sun, after which millions of stars twinkle in the sky as do the neon lights of the city.

The climb also offers an opportunity to get close to nature and see various types of trees close up, and spot some animals, including mountain goat, mouse-deer and wild boar, which are among the endangered species, with others include squirrel, chipmunk, lizard and weasel. Loei governor said the project to build the city viewing tower has been approved at a meeting of agencies concerned with Mr Somphong Phonpattanakul, the head of provincial public works and town planning, being assigned to design it.

The province is footing the bill to construct this tower on its own.

Top and below: An artist’s impression of the city viewing tower atop Phu Bo Bit mountain. Photos: Sanook.com

In-text and below: A stunning view from the top of this mountain and the entrance to the forest park. Photos: Sanook.com 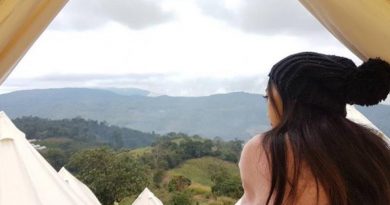 Escape to a luxury tented camp in Chiang Mai 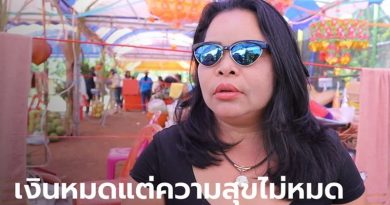 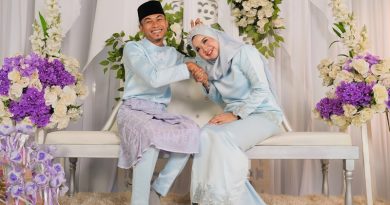 The History of Baju Melayu