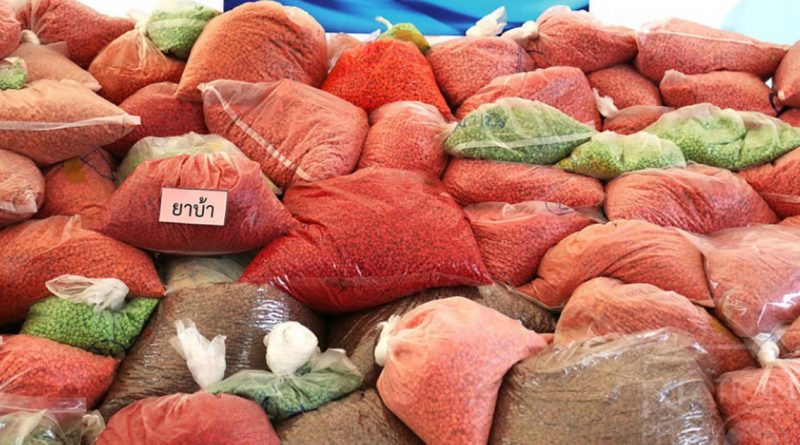 The Food and Drug Administration went to inspect 16.4 tons of drugs that have been gathered from 6,910 cases for transparency. The drugs were taken in from the evidence in each of the drug cases with different police units and the specialists including doctors who worked together in testing what exactly was in the drugs.

Out of a total of 16.4 tons of drugs Yaba (methamphetamine) wins it all with 12,369 kilograms. It is a well-known drug that has a reputation of being found at every corner in Thailand, prices of the drug usually depend on the area and the closer to the borders, the cheaper it usually is.

The inspection of the drugs is designed to reveal what truly is in the drugs and to see whether they are really drugs at all. All the drugs found as evidence in each case is labeled to when, the name of the officers who came in contact with the drugs and the Number case they belong to, to protect any loss of drugs and to also verify the types of drugs by law in the classification of drugs.

The process of destroying the drugs on the 26th of this month will begin at 5 am. The head officer of the storage unit will open the room where the drugs are kept. The drugs will then be transported by a special drug transportation unit to be destroyed.

FB Caption: All of the drugs will be destroyed by Pyrolytic Incineration which is a process that burns the drugs at a temperature higher than 850 Celsius

Chevrolet Captiva Sold Out! At 50% off price tag.