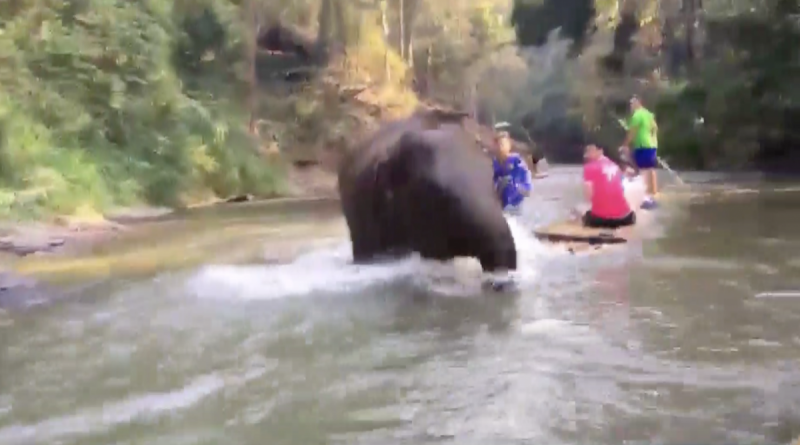 This story was shared by Facebook user “Dechathorn Sastradechawait” on the 20th of this month. The incident itself took place on the 1st of this month in Chiang Mai province. The Facebook user works as a tour van driver for tourists around Chiang Mai. He wanted to share the story as a warning to locals and tourist to be aware of your surroundings on vacation.

There were 10 people in a raft on Mae Wang river, a famous attraction site located in Mae Wang District, Chiang Mai. The raft was floating through the river stream, in front of the stream is a baby elephant calf playing in the water. When the raft reached the baby elephant, it ran into the raft and caused the raft and the people on the raft to tumble into the water.

The tourists screamed and tried their best to find something to hold onto while they fell into the stream underneath. One tourist accidentally knocked her knee onto a rock underneath that made her unable to walk. Other tourists separated into two groups, one group decided to swim where the water was deeper to avoid crashing into rocks and the other group rushed to land in fear of the elephant lashing out at them.

Dechathorn the van driver who was also on the raft was luckily unharmed. He rushed to the tourist with the knee injury and drove her to the hospital. The elephant owner was notified of what had happened and sent a representative to the hospital to take care of the harmed tourist along with covering the medical fees.

Dechathorn states that this type of incident rarely happens, normally the elephants are well trained. But because they are so big and powerful, it is best to be careful. He decided to share the story so that tourists along with tour guides can be more careful in situations like this. It was lucky that only one tourist was harmed as much worse could have happened.

FB Caption: The baby elephant saw the raft coming its way, it ran into the raft knocking the tourists into the water. 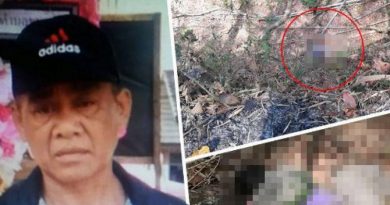 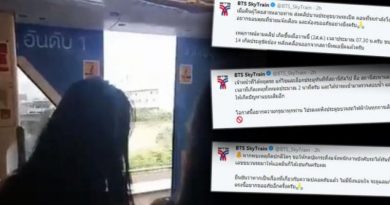 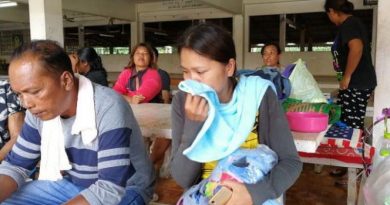 Punched up small boy dies on his birthday