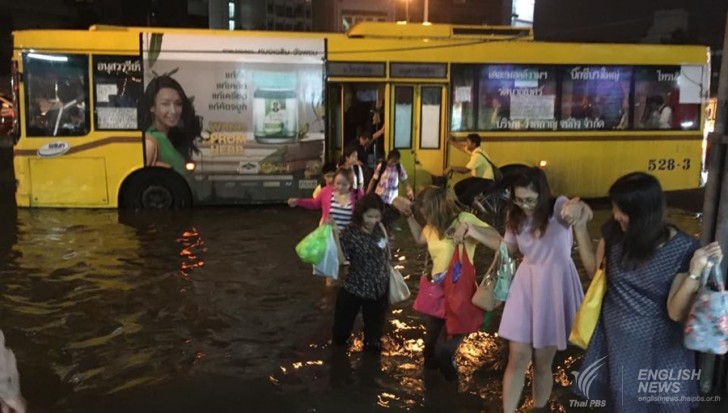 WITH more rain likely in Bangkok from this afternoon to evening, people in many parts of the city are bracing for possibly another nightmare commute back home.

The Thai Meteorological Department has forecast that there is 80% chance of thundershowers and isolated heavy rainfalls from afternoon onwards.

Mentioned at last night’s Voice TV’s Tonight Thailand program was that one person stuck in the flooded traffic jams on Monday night phoned and ordered fast food delivered to his car and perhaps becoming the first person in the world to get such an innovative delivery.

Meanwhile Thai PBS  said there are four factors to blame for the seemingly insoluble flooding in Bangkok every time the capital city is lashed with widespread torrential rains.

Thai PBS reporters talked with several experts who gave different opinions about the flooding problem in Bangkok which could be summed up into four factors.

Not enough monkey cheeks to absorb excess water. Bangkok deputy governor Amorn Kitchawengkul earlier said that Bangkok needs another 10 monkey cheeks in addition to the existing 25 to hold excess water of up to 25 million cubic meters.

Existing monkey cheeks such as Makkasan swamp, Bung Gum and Bung Ekamai are not adequate, said the deputy governor.

Rapid city expansion has reduced the uninhabited space earlier used to store rain water. For instance, Lat Phrao which used to be an open ground to hold rain water has now been taken over by housing estates and communities. Former Bangkok governor noted in a report last year that water retention area in suburban Bangkok had been reduced by 40 percent as a result of urbanization, leaving the city with fewer water retention area.

Professor Thanawat Charupongsakul of Thailand Environment Institute once pointed out that the city’s drainage system could cope with only 60mm/ hour of rain water because of the limited capacity of the drainage system.

The other factor is the garbage problem blocking the drainage system. As many as 10-20 tones of garbage are retrieved every day from the city’s klongs which are main conduit for the draining of water into the Chao Phraya river. 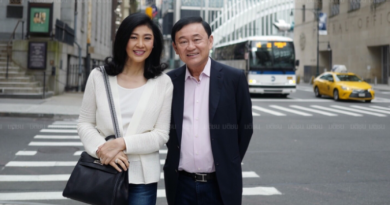 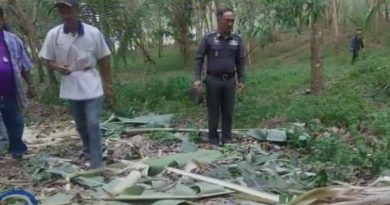 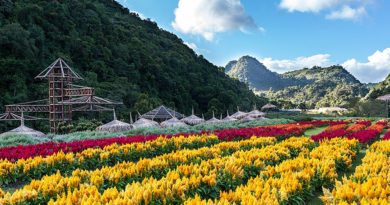 Visit Royal projects to learn about HM the King’s legacy