Villagers joining in a Songkran Party as Covid-19 numbers in Thailand rise has been arrested in Sakon Nakhon Province. A video of the party was shared online showing villagers in the main city of Sakon Nakhon having a water wars with alcohol and no safety measures whatsoever. No one was wearing a mask properly while having fun during the long holiday. The music was coming from a car parked in the party as locals danced with joy. The video went viral shortly after it was posted.

Damrong Sinitimwiset from the Sakon Nakhon Emergency Operations Center, Police Colonel Chokchai Inthanin, Wira Ritwanichkun the City District Chief, and other related officials reported on 15 April 2021 regarding the party. Officials reported the Ban Na Kap Kae Village in the main city of Sakon Nakhon had permission to host a new home ceremony on the 12th, but then on the 13th they brought in loudspeakers. More than 100 locals young to old joined in the party. There are 1,543 new Covid-19 cases in Thailand today. The total number of cases is 37,453 with 28,383 persons who have made a full recovery.

No one was wearing a mask at the party, those who had a mask kept it under their chin. There was alcohol in the party. After receiving information officials went to the location and found villagers partying without fear of Covid-19. The party was in violation of the Communicable Disease Act B.E. 2558 (2015 and province orders. All events with multiple persons joining must have permission. A case has been started with the host, the owner of the speakers, and the driver. Officials will press charges on all persons involved in the party.

FB Caption: Villagers of all ages were found in the party, there was alcohol and loud music, and no one was wearing a mask. 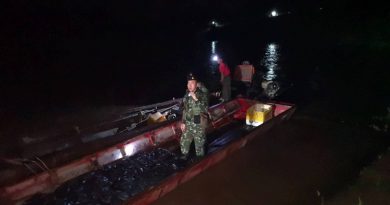 Taxi driver vs. delivery driver end up in brutal stabbing on the road. 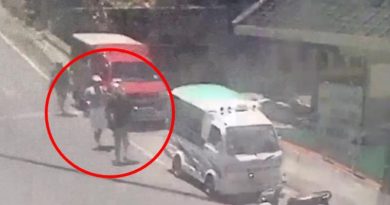