A man has filed a report with the Samut Sakhon Police after he transferred money to a durian seller that disappeared afterwards. Durian is a big hit in Thailand, and you can even buy it online. The man wants to share his story so that others do not fall for the same scam. Busamat 55-year-old found a durian seller online who has gone missing since he transferred the money. Busamat states he wanted to buy a special type of durian known as the volcano durian. It is currently very popular, and he wanted to try some along with give it to his friends and family.

After searching the man found a seller on Facebook named “Mai Kongnil”. Mai was selling the durian at a cheap price point. He messaged the seller who sent him pictures of the durian and it seemed trustable. Mai claimed he had a durian farm in Rayong Province. He believed the story was real and made an order of durian and longan fruit with a bill total of 4,300 THB. The seller sent a bank account number and Busamat transferred the money. The seller promised to ship the products within 2 days. He called the seller after the transfer was made after noticing the seller stopped replying to his messages. The seller had shut his Facebook account down confirming that Busamat had just been scammed.

Busamat wishes to warn others who like to shop online. Busamat realizes it is unlikely that he will get the money back. He now knows there are all type of scams out there, especially when more people are now aware of different types of scams. Busamat hopes police will find the scammer so that he will not be able to scam others. Busamat was planning to order even more from the seller after he received the big shipment, in a way he was lucky enough and did not transfer more money to the scammer. Police have collected all evidence relating to the case and an arrest warrant has been issued.

FB Caption: Busamat was planning to order 300 kilograms of durian. 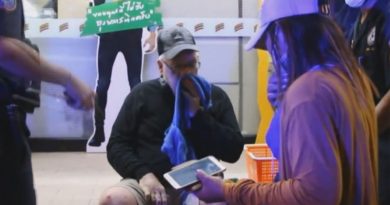 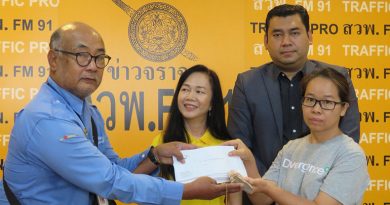 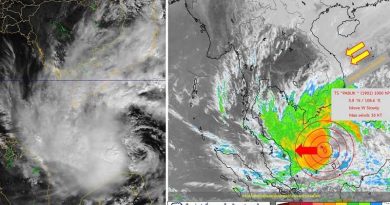