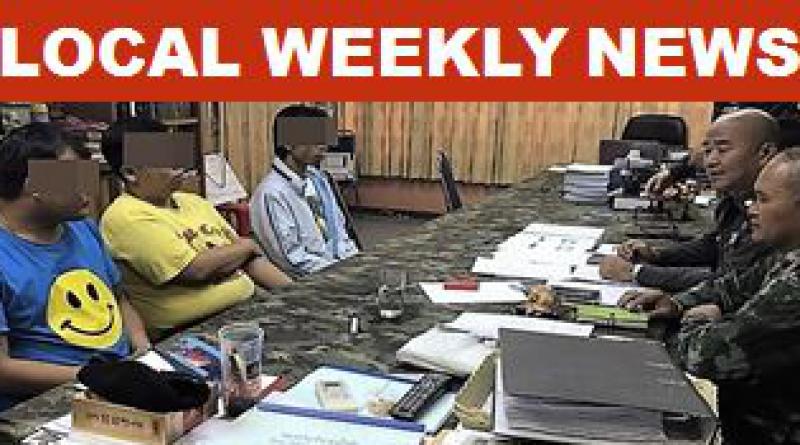 THREE cabbies, Surasak Pholpaka, Kachornsak Boonsongngoen and Thawatchai Wongsanga, were caught red handed on June 10 by three undercover agents posing as migrant workers who got off interprovincial buses at the Major Rangsit department store and were approached by the three offering meter-based services.

Cap Surachai Jaiuae of the 2nd Infantry Division Queens’ Guard said that authorities had received complaints about overcharging of taxi fares and extortion that, for example, could have the passengers end up paying total 20,000 baht instead of normal 200-300 baht.

Once in the taxi, the drivers locked the doors and asked if the agents had work permits. If not, they would charge them 1,000 to 1,500 baht each to cover the risk of being stopped at checkpoints and arrested for transporting illegal migrant workers.

The agents said they all had total of 1,000 baht and had the drivers negotiate with their commander posed as the passengers’ employer. After the deal was settled as the drivers accepted 1,000 baht, the agents arrested the drivers. They have been charged with offering service without meter and extortion.

Top: The three cabbies who tried to rip off undercover agents being questioned at the police station. Photo:  Posttoday.co.th June 10 – Sukhothai Thammathirat Open University Facebook page posted a picture of a student who has earned 36 credits to pass six courses (the latest two courses being public law and introduction to management) at the age of 11 years old.

Her name is Supanida Apaiwong (nick name Bai Bua – meaning lotus leave), a Prathom 5 (Grade 5) student at Rattana Suksa School in Nakhon Si Thammarat’s Thung Song district. She has been enrolled in the pre-degree course of the university since she was nine or during Prathom (grade) 3.

The distance pre-degree education program is open to public at all ages to take, the credit earned can be transferred to the credits to a formal course for an undergraduate degree. Students can study anywhere, only the exam is required to be taken at a designated location.

Bai Bua’s mother Anujara Kwandee said she was just looking for activities for her daughter (9 years old back then) that wasn’t focus on academic competition. Bai Bua was very excited when she introduced her to the pre-degree program and history began when she passed her first subject, ‘life skills.’

Apart from being super self-discipline, Mrs Anujara said her daughter is just a normal country girl living a normal girl’s life without any feeling of pressure. It took five local administrative organization workers to help capture a 100-kilogram water monitor lizard on the night of Thursday June 15 after it wandered into a house in Tambon Phai Ling of Ayutthaya’s Phra Nakhon Sri Ayutthaya district.

Pranom Ditreungdech, 64, heard her dog barking before she opened her door to a shocking confrontation with the large lizard.

The giant lizard was tied-up and carried onto a pickup truck within 10 minutes amid a gathering of neighbors who appeared as much interested in the truck’s registration plate so as to match them with lottery tickets numbers.

The lizard was to be released in the forest. 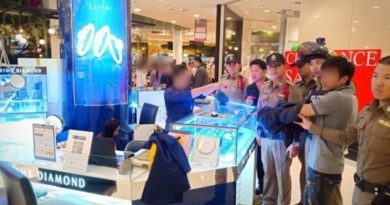 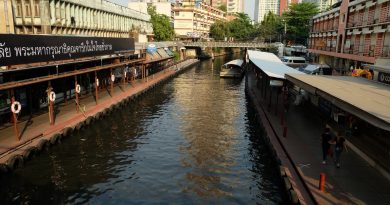