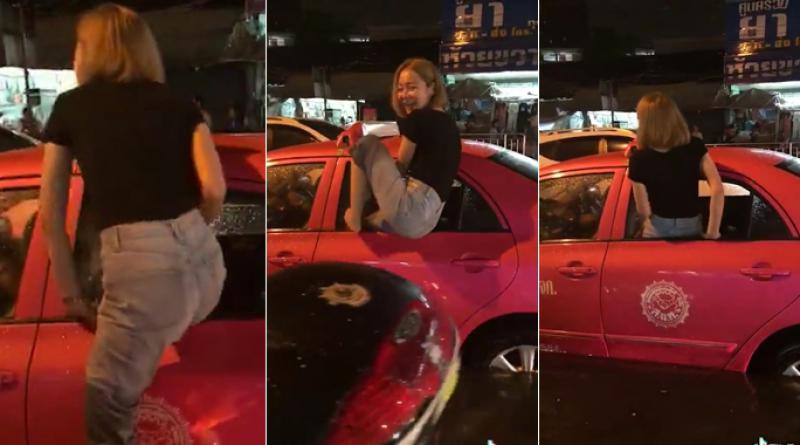 WITH last night’s torrential downpour continuing most of today, a video clip of a woman climbing into a taxi through the window because high floodwater prevented the opening of the door has gone viral, MThai News reported today (April 28).

In the video clip shared by Facebook member “Dee Tor Chai,” amid the fierce storm last night a kind-hearted taxi driver agreed to drop this unidentified woman to her destination, but as the door could not be opened to keep the floodwater out, he told her to climb in through the window, which she did.

This video clip has been shared 5,000 times, got 10,000 likes, and drew a lot of favorable comments such as, “Admire the cabbie for still taking a passenger even though she had to battle bit to get in.”

Meanwhile the Thai Meteorological Department said today (April 28) that a westerly trough from Myanmar is moving through the North while southerly and southeasterly winds prevail over the Northeast, the Central, the East and the South even as an active low pressure cell covering in the Andaman Sea is moving to Gulf of Martaban, Myanmar.

This leads to outbreaks of thundershowers with isolated heavy falls and gusty winds in the North, the Northeast, the Central, the East and the South.

During May 3-4, another high pressure system from China will extend to cover Thailand’s Northeast and the South China Sea while a westerly trough from Myanmar will move through the North, this will cause more thundershowers with gusty winds in the North and the Northeast.

Top: The woman caught in heavy flood last night climbing into the cab through the window. Photo: MThai News 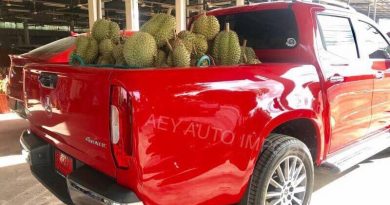