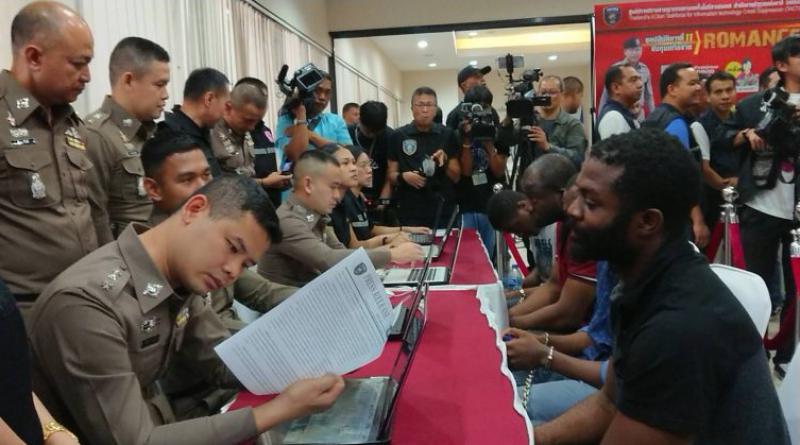 Pol Maj-Gen Surachet Hakphan, deputy chief of Tourist Police, said the 5 foreigners led the gang that included 12 Thais. There were Thai women too involved and further investigation is being carried out with the help of Anti-Money Laundering Office to apprehend them.

The women were either wives of gang members or acquainted with the foreign bosses with their duty being to open bank accounts, taking transfer of money then withdrawing the cash and giving it to the gang. They were used to do the banking work to cover up the transfers.

The gang romanced the women by pretending to be someone else and contacting them on social media, such as by Facebook, and mobile phone.

The public has been warned to be careful and not fall into the trap of these scammers.

Top: The foreign leaders of the romance scam gang being questioned by police. Photo: INN News