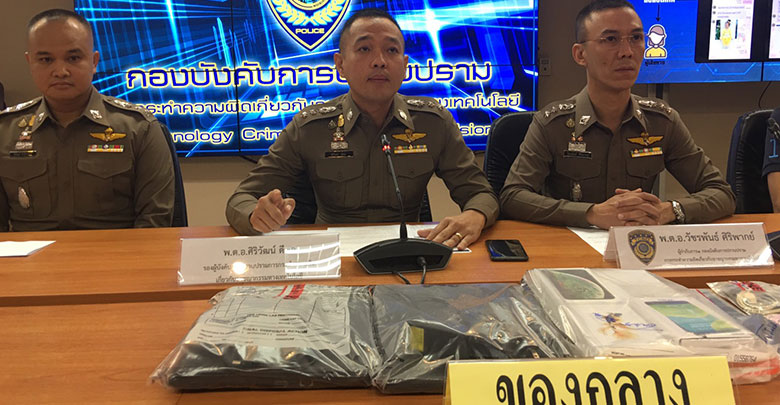 The Technology Crime Suppression Division (TCSD) reported the arrest of a hacker that caused over 1 Million THB of damages to his victims. Somporn Singhuang 26 years old a local market seller was arrested with evidence involved in committing the crimes. The evidence includes 1 laptop computer, 4 phones, 800,000 THB cash, bank books, and other evidence coming to a total of 17 items.

Police Colonel Siriwat Dpoh from the TCSD reported that the division received a report from one of Somporn’s victims. Somporn created a free Line sticker link, the link was forwarded to other users. The link takes users to another webpage that requires personal data. The data is used to hack into users’ Line and Facebook accounts.

One of the victims is Doctor Bung, the owner of a famous aesthetic clinic in Thailand. The doctor became a victim by filling in the information. Somporn used Doctor Bung’s Line account sending messages to her Line friends stating that she needed them to transfer some money into a bank account. One of the victims asked to have a video call, Somporn answered but hung up after 2 seconds claiming that Doctor Bung was abroad and the signal was bad. The victim believed and transferred 108,000 THB to Sompong. Officials investigation discovered his true identity and the arrest was made on 22 January 2020 in Ang Thong Province.

Sompong admitted to committing the crimes. He works as a seller in a market and left school after grade 6. The suspect has been hacking into other users’ Line and Facebook accounts since 2019. The bank accounts belong to others, he just pays them to use their bank books. The money earned is used in daily life and gambling. Sompong reveals that there are many victims from the free Line sticker Link. Line stickers are very popular amongst Line users. If you happen to be a Line user and like sending the cute stickers keep an eye out for links that seem strange, especially if it’s sent from an unofficial Line account.

FB Caption: The free Line stickers link will take users to a page that requires personal information, giving the suspect direct access to their Line and Facebook accounts. 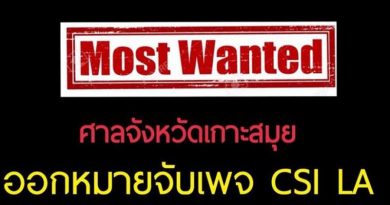 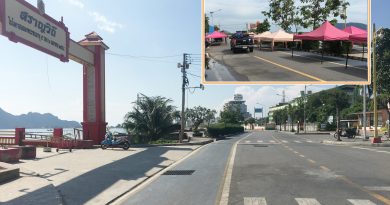