A laundromat thief has been arrested and claims he has no money due to unemployment. Kokkram Police reported on 20 May 2022 the arrest of Bunlerd 30 years old from Sakaeo Province. Officials also found clothes that were used to commit one of the crimes. This included a black shirt that stated “the best go further” in the back, a pair of jeans, and an Adidas hat. The suspect was arrested in Pathum Thani Province. A victim named Suriya Srithao from Laundry U Company went to file a report with the police on 9 May 2022.

The suspect opened laundry machines at a laundromat named Wash Xpress located in a Maxvalue grocery store in Bangkok. The grocery store is in Bangkok and the suspect managed to get away with 15,000 THB. Krokkram officials visited the laundromat and collected security footage in the area. They noticed a man wearing a black shirt with a quote screened onto the back. Not long after receiving the footage officials discovered who he was. Investigation revealed he was in Pathum Thani Province.

Police went to a location and found the man. He then showed police the clothes that he wore while stealing the coins from the laundry machines. The suspect admitted that he has done this many times. He usually steals money from laundromats in the area and has done it 5-6 times. Usually he works as a welder but there has been no jobs lately. Because of this he has no money to use and had to find other sources of income. The suspect has been delivered to the police station waiting for prosecution. 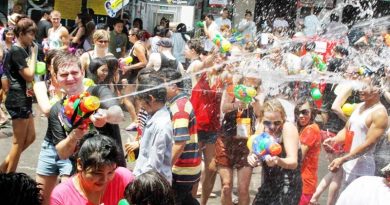 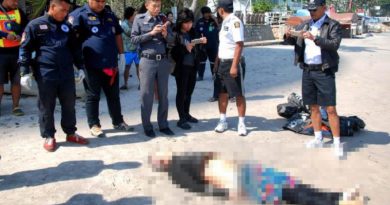