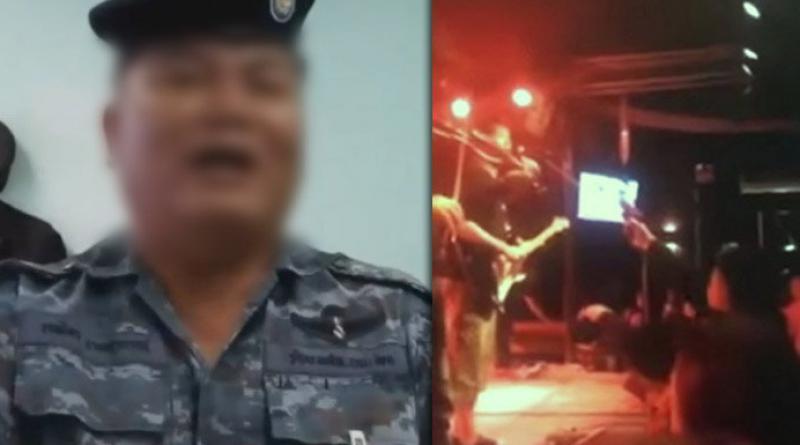 COUNTRY singer Pongsit Kampee’s request to withdraw the case against an Air Force officer who drew a gun against him was denied by the Criminal Court, Sanook.com reported today (August 7).

The incident took place on August 2 as Pongsit was entertaining his fans in the northeastern Thai province of Amnat Charoen. The officer was charged with illegally carrying a gun in public, and threatening people.

Amnat Charoen police investigator Jen Wisetrum said the charge cannot be withdrawn because it is a criminal case.

The Air Force officer is now under the custody of the Military Court. He will be tried in the Criminal Court once police investigation is complete.

Top: At left is a blurred image of the Air Force officer who drew a gun at country singer Pongsit Kampee recently and at right is the moment when he did so. Photo: Sanook.com