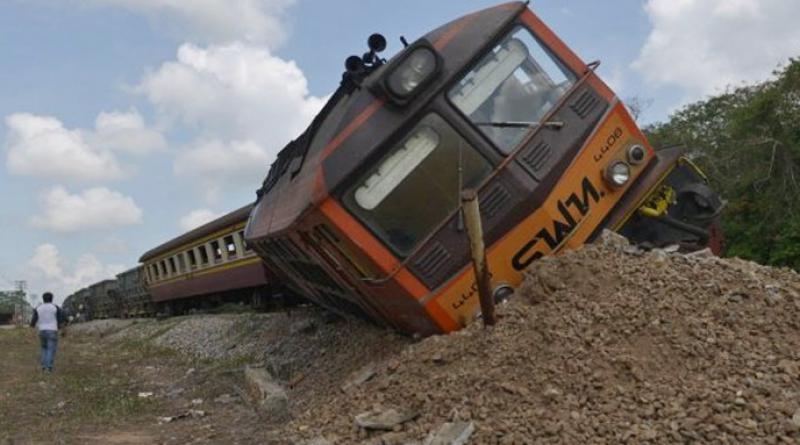 Train number 1552 which was carrying rocks derailed in  Songkhla with the engine plunging down and then falling sideways, and one other passenger carriage also followed it off the track.

However, the 12 cargo carriages remained on track and no rail officers were injured in this accident.

Officials are working on getting the engine and the passenger carriage back on track and this is expected to take at least 5 hours, so the service from Bangkok to Had  Yai and the 3 border provinces is closed all day.

Meanwhile train number 38 also derailed in Trang province with this shutting down the service to this southwestern coastal province until repairs are completed.

Top: The engine of the train carrying rocks lies off the track in Songkhla proivince. Photo: Sanook.com 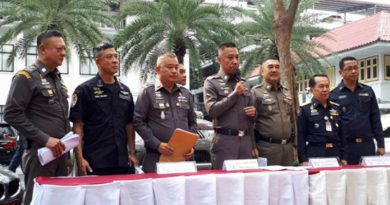 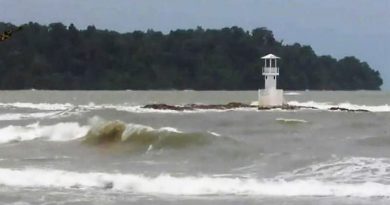 Phang Nga tourists told to stay away from the sea