A passenger was kicked off a taxi after she refused to talk about politics. Dear 26-year-old the victim gave an interview to Khaosod News on the incident on 26 November 2020. Dear jumped on a taxi wanting to get back home. While on the ride the taxi asked her about politics, Dear decided to not talk about it and the driver became angry. The incident took place at 6.30 on 25 November. She sat silently on the vehicle while the driver was listening to a radio station talking about politics. Then the taxi driver asked her whether she joined the protest. Dear answered stating no, she had just finished working. The driver then started to talk about how he disagreed with protestors gathering in front of the SCB building. He then asked what her opinion was on the topic. Dear informed the driver that she would rather not talk about politics, she was tired after just working all day.

The driver turned off the radio, clearly disturbed by her answer. Dear stated “He told me to leave the car if I was unhappy. I asked whether he was kicking me out because I refused to talk about politics. I tried explaining that a taxi was supposed to service passengers, not kick them out. He then started yelling at me saying I was trying to act smart. He believed I was against his side. The driver pulled out a yellow shirt and stated he believed in the royal institution, but I didn’t care.”

“I just don’t understand how he continued to verbally abuse me on the ride and kicked me out just because I refused to talk about politics. I couldn’t take it and wanted to get out. He parked and I was about to get out when he pulled my arm asking me to pay. I wasn’t going to pay at first because the driver was the one telling me to leave. But then I paid and told him to keep the money to pay a fine”. Dear went to file a report with the Khan Na Yao Police along with evidence from the doctor confirming she was injured when the taxi pulled her arm. Dear and the taxi driver will be meeting on the 30th of this month.

FB Caption: The passenger received an injury on her arm after the incident. 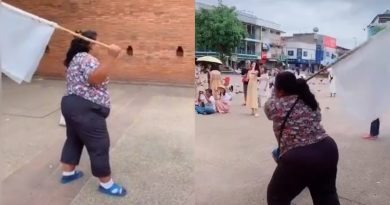 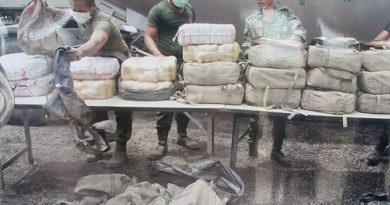