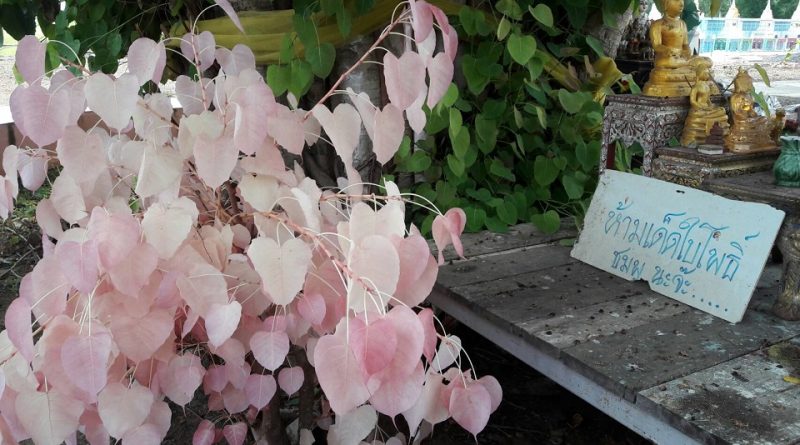 TOURISTS are flocking to a temple in Phichit province where a Bodhi tree has pink not the usual green leaves similar to another such tree in Kanchanaburi, Thai News Agency said today (April 21).

Amnuay Piraka, a warden of Wat Pho Thong temple in Bang Mun Nak subdistrict said tourists are still coming continuously to look at the Bodhi tree which is 1.20 meters tall and no older than 10 years but won’t grow any taller unlike other Bodhi trees in the temple which have sprawled out.

Strangely this tree’s stems and truck are white and the pink leaves turn white when they start withering.

This pink-leave Bodhi tree is an offshoot of a bigger one nearby, he said, adding that monks here initially thought that the pale color leaves would gradually turn green similar to the other Bodhi trees but even after a long time this never happened.

Earlier a similar pink-leave Bodhi tree was found at Kanchanaburi’s Wat Si Upalaram or Wat Nong Bua temple in Muang District. It attracted a lot of attention from people who came to pray during Songkran. 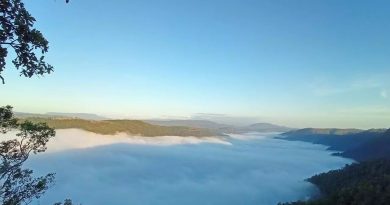 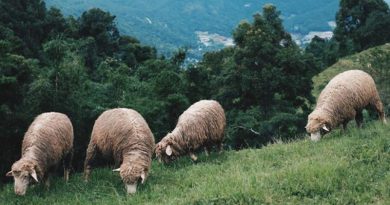