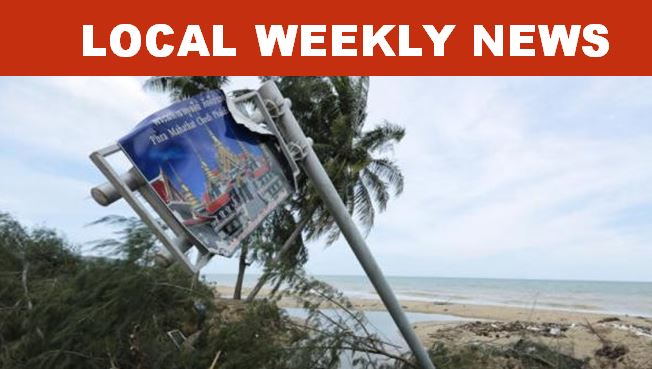 Director-General of the Thai Meteorological Department Wanchai Sakudomchai has issued Weather Warning no.19 for Jan. 19-21 that there will be isolated heavy to very heavy rain in the South especially in Nakhon Si Thammarat, Phatthalung, Songkhla, Pattani, Yala and Narathiwat with possibilities of severe conditions, flash flood and landslide in likely areas. Staying updated with the weather news is suggested.

During Jan. 19-25, another high-pressure from China is covering upper Thailand resulting in 3-5°C drop in temperature in the area. For Bangkok during Jan. 22-25, temperature will drop 1-3°C with 21-23°C at the lowest. More rain can be expected in lower South from Surat Thani downwards with strong wind and 2-3 meters waves. Small boats should stay ashore.

The BOT itself is allowing credit card operators to lower the required minimum payment of affected cardholders’ monthly balance from 10% starting now until the end of June.

Flood victim status proven, cardholders who pay less than 10% of the due balance will not be classified as the typical 30- to 90-day overdue special mention loans.

Other measures recommended by the BOT in the letter to financial institutions includes injecting liquidity; waiving interest/fees and relaxing payment conditions to allow debtors to repair their residences plus keep their jobs/business through the tough time; and submit debts report to the central bank on a monthly basis starting  January.

Top: Financial help is on the way for Southern flood victims who face even more heavy showers. Photo: Patipat Janthong from Bangkok Post Following recent viral video clip of a pick-up truck not giving way to an ambulance with its emergency beacons on, National Institute for Emergency Medicine (NIEM) secretary-general Anucha Sethasathian revealed the institute’s statistics on Monday that 20% of the deaths of emergency patients while on the way to hospitals is caused by traffic problems.

The stats also showed that some motorists did not understand that they should give the right of way to an ambulance rushing to a hospital without being required to do so by law even though most of the patients in ambulances have heart disease, high-blood pressure and critical diabetic symptoms, or sustained injuries from violent accidents.

Inset: Images grabbed from a video clip showing a pick-up truck not giving way to an ambulance which has zoomed through the Internet.

Deputy Transport Minister Pichit Akrathit said the Transport Ministry has a public bus service reform plan for Bangkok. It includes adding 67 bus routes from 202 to 269; covering a larger area of the capital with the total distance going up by 20% from 6,437 km to 7,833 km; and shortening each existing route by around 3 kilometers to enhance service effectiveness. According to Mr Pichit, the key reform goal is to turn the Bangkok Mass Transit Authority (BMTA) into one of the bus operators instead of the regulator which would increase competition among other operators as well.

Transport Minister Mr Arkhom said that the Department of Land Transport (DLT), which now regulates city bus operations instead of BMTA, will have to set up a new bus management division to oversee routes, bus operators licensing and bus driver criteria among other issues which would take some time but they are all underway.
CAPTION:

Below: The legendary Bus no.8 famous for its fast, reckless and furious driving seen in a road accident with a sedan.

The App is available from both iOS app store and Google Play Store. 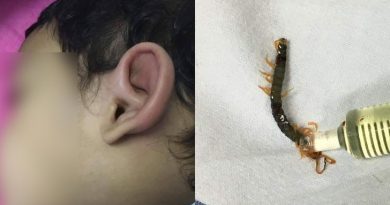 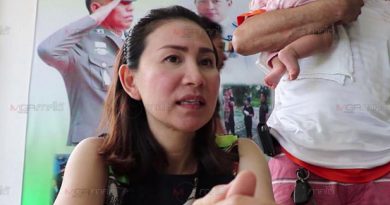 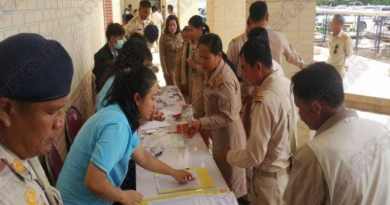