The Immigration Police arrested suspects involved in Romance Scam, these are Thai scammers looking to take advantage of other Thais before sending the money to the big boss who is a foreigner. Police Lieutenant General Sompong Chingduang from the Immigration Police and other related officials from the Songkhla Police Station reported the arrest of Abdullah Ibbaheng and Anusara. Officials also discovered evidence including 17 ATM cards.

The suspects were arrested while they went around town to withdraw the money received from victims in the cases, a total of 120,000 THB. Police realized that there was another romance scam going on in Thailand when they received information that good looking foreign men are trying to approach Thai women. After getting to know each other the men would claim that they want to send money for the Thai woman in Thailand, with grand plans for the future such as starting a family and moving permanently to Thailand. Although the stories used to lure in the victims are old, it still works so Romance Scammers continue using the same story.

Many Thai women fell for the good looking men adding to Thai scammers that work with these foreigners persuading the women to fall in love even more. Thai scammers will pretend to be officials from the Immigration Police and Customs. They will call the Thai woman and state that there is a package mailed to them sitting at the airport. In order to receive the package, the women must pay customs and import duty tax to an account number. Currently, there are over 4 Million THB in damages. There have been 3 suspects arrested in this case, these people were hired to withdraw the money around the area in exchange for 200 THB. The money is then transferred to accounts outside of Thailand. The police reported that these accounts in Thailand belong to a Thai woman who then sends the money to a big boss abroad. Police are investigating to find the identity of “big boss”.

FB Caption:  Currently there are over 4 Million THB in damages. 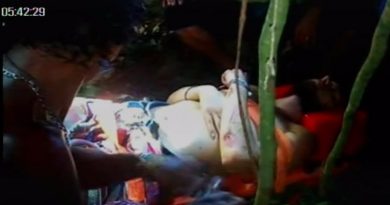 Indian couple badly injured after falling off a cliff 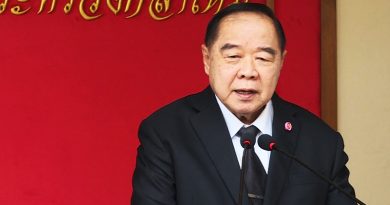