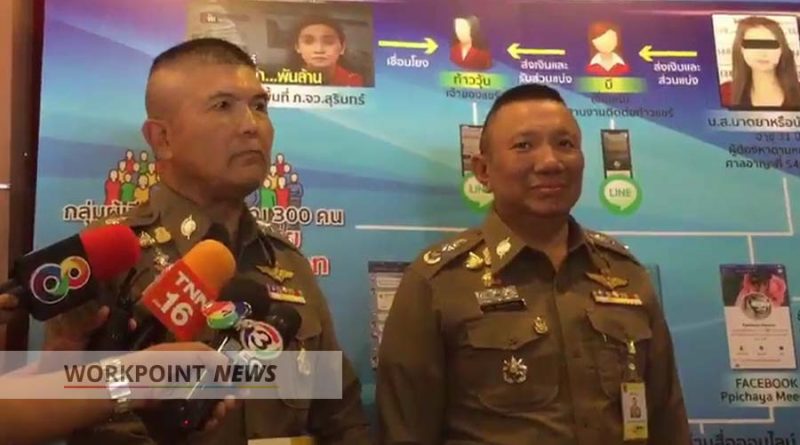 A rotating saving group is when a group of people agrees to pay a sum of money every month, the money gathered is then given to each member per month until the circle is complete. In Thailand there is an added rule called the interest rate auction, meaning that the person willing to pay the highest interest rate will receive the first sum of money, but the months after the person will have to continue paying the original amount plus the interest added, and the circle continues with interest adding up each month making it extremely appealing and is extremely popular in Thailand with the nickname of “Share Play”.

The woman in this story was an online dealer of Share Play. She used her page on Facebook to lure people into playing Share with her. A total of over 400 victims fell for her advertisements coming to a total of over 200 Million THB of damages.

Police Lieutenant General Sutthipong Wongpin from the Metropolitan Police Bureau reported the arrest of NattayaMeena known as Natty 31 years old from Phitsanulok province. The suspect created a Share Play group page on Facebook and invited netizens to join in an Online Share Play that would give an investment return of 2% to 100% in a short period of time, approximately 10 to 15 days.

Natty was arrested at a shopping mall in Phitsanulok after 4 victims went to file a report at the Dusit Police Station stating that Natty ran away with their money after they had agreed to join in the Share Play. Natty named her group “100 Million Rich with Natty” and opened the group publicly so that anyone could see the activity inside.

Many became interested to join the Share Group with Natty from her claims for such a high investment return in a very short period of time along with pictures of Natty with piles of cash and her fancy lifestyle. Things started to become more clear when in February natty informed the members that the Share Play group has failed and that she could not pay back the members because the Anti-Money Laundering Office has caught on to her and has frozen her assets.

The police have discovered that Natty is connected to another Share Group where some members were arrested in Surin province. This Share Group belonged to a bigger fraud network called “Cash Back”, a network involved in a coffee Ponzi Scheme and Shark Loans with damages of over 1 Billion THB.

FB Caption: Natty advertised that members would receive 25% to 100% investment return in approximately 10 to 15 days. 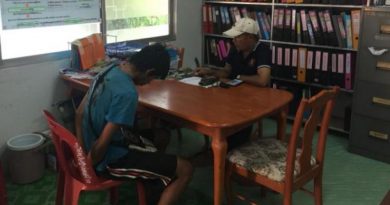