A taxi driver received heavy backlash after a picture went online. The picture shows his personal QR code that passengers can scan to pay instead of cash. The problem is not the QR code but his post on Facebook. This post stated “To all passengers, please open your banking app before the car stops. I already prepared the QR code. You can prepare to pay before the trip is over. The cars behind me will honk for me to start driving. I am so bored of this problem, you all want to be trendy but have no brains”. Many taxis in Thailand will have their QR code available somewhere in the vehicle. As more people stop carrying cash and payment is fast through the banking apps.

The taxi driver posted his feelings in a Facebook group named “Taxi drivers of Thailand”. He seeked validation from other taxi drivers but results were not as planned. Some netizens stated that the words he used are very rude and the same message can be said with kinder words. Some also stated that if he parked where it is allowed there would not be this problem. One netizen stated “Put yourself in the passengers shoes. They would be fine if told with the right attitude”. Another stated “I understand where he is coming from, I always pay before the car stops”. Most netizens agree that they understand his frustration but don’t agree with him calling all passengers no brains.

In the end no matter how they pay, he receives the money and makes a living by being a taxi driver. We are almost in 2023 and carrying cash is becoming a rare habit, especially in big cities like Bangkok. The taxi driver should understand. Calling passengers with no brains when it will take less than a minute asking them to open the app before the service ends. There are solutions that don’t require being mean, when the world is already filled with unpleasant experiences. Without passengers he will not be able to make a living.

FB Caption: “I am so bored of this problem, you all want to be trendy but have no brains”. 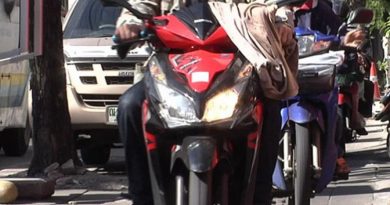 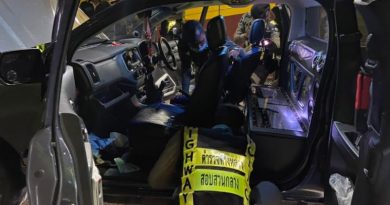