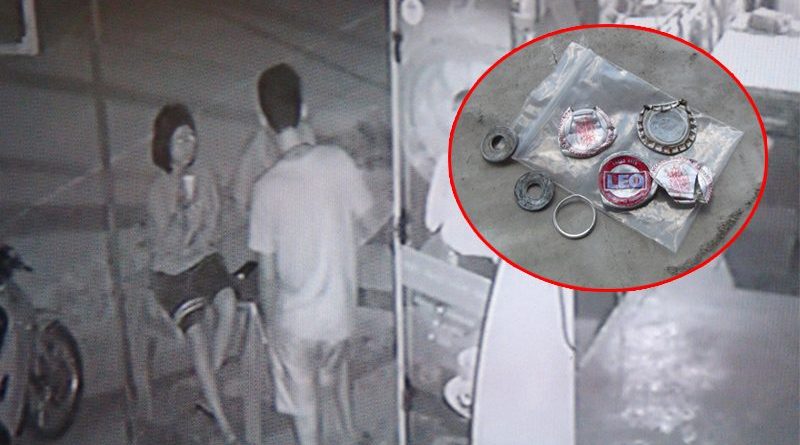 A group of teenagers were captured on a security camera inserting flat beer caps into a coffee vending machine, the machine ended up breaking down. The group of teenagers both men and women crushed beer caps along with other round metal objects before inserting into a local vending machine. The cost of a cup of coffee from the machine is 10 THB per cup, instead of paying the price they decided to break the machine. The footage was shared on 19 November 2020 showing 4 teenagers on a motorbike before they parked in front of a local convenience store in Ban Bueng District, Chonburi Province at 5.30am on 18 November 2020. The teenagers then tried to flatten beer bottle caps and inserted the caps into the machine, it worked and a coffee cup came out. The group then shared the coffee before driving away.

Somjit Ketkaew 61-year-old the owner of the convenience store stated she was inside when a customer complained the coffee vending machine was not working. Somjit tried to insert a coin but it didn’t work. She asked her son to check the security footage that led to finding out what the teenagers did. She opened the machine up and found beer bottle caps, round metal objects, and 1 THB coins stuck inside. Somjit wishes to send a message to the teenagers as she doesn’t recognize any of them believing the group is not local. Somjit stated she hopes they stop creating trouble for others.

Charoen Ketkaew 64-year-old the former village chief stated the machine was purchased for the village using 60,000 THB of village funds. The machine is over a year old therefore the warranty has expired. He has called a mechanic and the repair will cost villagers 8,000 THB. Charoen ordered the machine in hopes that locals will get to enjoy quality coffee everyday at a cheap price. One cup costs just 10 THB and tastes better that powdered coffee. He didn’t expect random teenagers to break the machine just so they could get a cup of coffee. Charoen wonders how the teenagers managed to get a cup as the machine only accepts 10 THB coins. 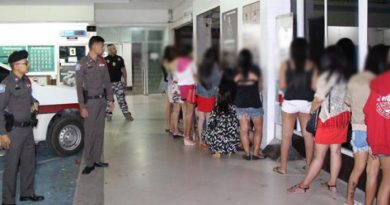