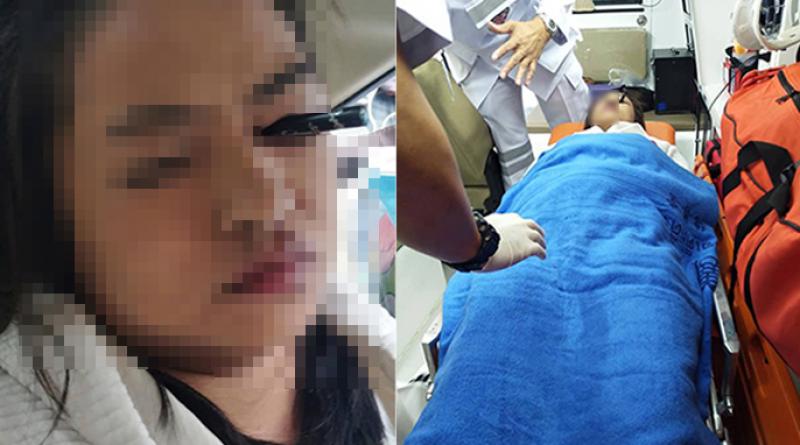 AN accident that took place last evening is a warning to all women to beware of putting on makeup while traveling in vehicles because one woman stabbed her own eye with an eyeliner pencil after her taxi suddenly hit a pickup truck, Sanook.com and INN News reported this morning (June 13, 2018).

Por Tek Tung Foundation rescuers were alerted of the accident in front of a Bangkok Bank branch just before Din Daeng intersection at 5.20 p.m. and when they got there they saw the injured woman with almost the whole eyeliner pencil in her eye.

The woman, who was traveling with a relative from Mor Chit bus terminal to Pratunam area, was conscious but there was a lot of blood flowing out of her nose.

The rescuers rushed her to Rachavithi hospital for further treatment.

Top: The injured woman with the eyeliner pencil in her eye. Photo: Sanook.com

Below: The injured woman in the taxi just after the accident. Photo: INN News 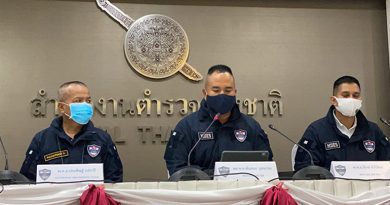