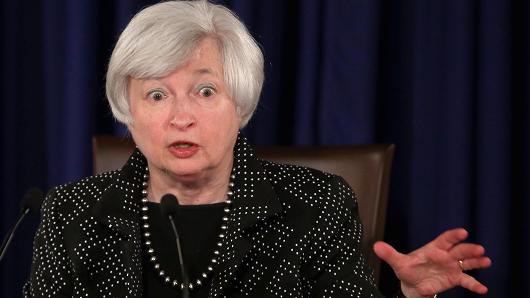 (CNBC) – For the second time in three months, the Federal Reserve increased its benchmark interest rate a quarter point amid rising confidence that the US economy is poised for more robust growth.

The move, widely anticipated by financial markets, takes the overnight funds rate to a target range of 0.75 percent to 1 percent and sets the Fed on a likely path of regular hikes ahead. Minneapolis Fed President Neel Kashkari was the sole “no” vote.

Despite a well-telegraphed move, news of the rate hike pushed government bond yields lower while major averages in the stock market moved higher.

“The market was bracing for a much more hawkish tone from the Fed. The early reaction looks to be one of relief, that the market’s worst fears were averted,” said Michael Arone, chief investment strategist at State Street Global Advisors.

Some market participants had feared that the statement and accompanying economic projections on Wednesday (March 15) would point to a more hawkish Fed, with a faster pace of rate hikes ahead. However, the closely watched “dot plot” that shows each member’s expectations for where rates will be in coming years changed little from the last meeting.

With a higher rate already baked into the market, investors were looking for clues about just how aggressive the central bank will be down the road. The market currently expects the Fed to hike two more times this year, which was in line with the bank’s projections from December 2016.

The Fed on Wednesday indicated that it still expects three moves. In its statement, the central bank noted that business investment has “firmed somewhat,” a slight upgrade from the characterization of “soft” after the Jan. 31-Feb. 1 meeting.

The market expects the next hike to come in June and another in December. Those probabilities increased a bit following Wednesday’s decision.

More broadly, though, officials left expectations for economic growth little changed. The forecast for GDP gains in 2017 remains 2.1 percent, while 2018 was pushed up one-tenth to 2.1 percent. Longer-run growth estimates remained at 1.8 percent.

Inflation expectations remained in check as well, as the Federal Open Market Committee — the central bank’s policy-setting group — sees a slight uptick in 2017 from 1.8 percent to 1.9 percent but the longer-run tending toward 2 percent.

“It is important for the public to understand that we’re getting closer to reaching our objectives,” Fed Chair Janet Yellen said during a post-meeting news conference.

During her session with reporters, Yellen walked a balance between bracing the market for additional hikes but stressing that the Fed remains data-dependent and not interested in aggressive tightening.

“It was pretty balanced. There was something in this press conference for everyone,” said Scott Clemons, chief investment strategist at Brown Brothers Harriman. “Hawks will welcome the acknowledgement … that waiting too long to scale back the accommodation would require the Fed to raise rates more rapidly than it wanted to. At the same time, I think doves were welcoming that the Fed funds rate doesn’t have to rise too much to get to a neutral policy stance.”

The statement also reaffirmed the previous meeting’s language stating that risks to the FOMC forecasts are “roughly balanced.”

The FOMC took the target rate to near-zero during the financial crisis and left it there until beginning a path toward a more normalized level in December 2015.

This week’s hike comes amid hopes that more aggressive fiscal policy under President Donald Trump will allow the Fed to cede its economic stimulus role to Congress and the White House.

While hard economic data have been mixed, sentiment surveys are running high that the economy is poised to grow more than the lackluster post-crisis level. Businesses, consumers and professional investors all have indicated they believe better times are ahead.

According to reports released just before the Fed decision, home builder confidence is at a 10-year high, and manufacturing in New York is surging due to a multi-year high in orders and a decade-high in unfilled orders.

However, the confidence has been slow to transfer to actual growth.

The Atlanta Fed on Wednesday cut its view for first-quarter GDP to a 0.9 gain – coincidentally, the same level of fourth-quarter growth when the FOMC approved the December 2015 rate hike.

Yellen said on Wednesday that GDP is a “noisy” indicator from quarter to quarter and believes the economy over the long run is running at about a 2 percent pace. 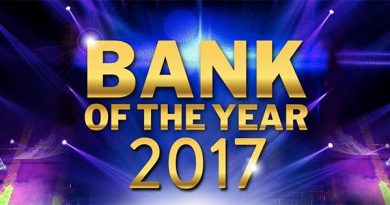 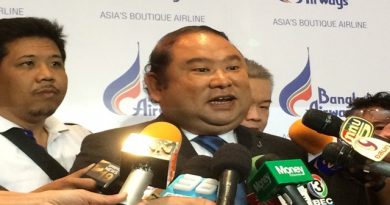