Police Lieutenant General Sompong Chingduang from the Immigration Police and related officers reported the arrest of a South Korean man wanted by Interpol hiding in Thailand. Officials received information from the Embassy of the Republic of Korea of a man involved in a Ponzi Scheme called “Pay100” hiding in Thailand.

Pay100 advertizes to investors claiming that investments will bring back high interests in the form of digital currencies. People from Korea and other nations around the world fell victim to the high claims, there are over 5,000 victims with damages of over 468 Million USD. The suspect is wanted by the Seoul Criminal Court and has a Red Notice from the Interpol.

There have been multiple Ponzi Scheme cases in Thailand recently with damages amounting to billions of THB, this includes the Mae Manee Ponzi Scheme and the Forex-3D Ponzi Scheme. The Department of Special Investigation and related officials are currently working on both of these cases. The “Pay 100” Ponzi scheme beets all of the Thai Ponzi Schemes as there are victims from around the world with a shocking chart of investments made towards the scheme.

Jaesong 53 years old traveled into Thailand before the police received information about his crimes and that he is wanted by Interpol. He entered Thailand legally and arrived here on 1 September 2019 at Don Mueang International Airport. He received permission to stay in the country until 29 November 2019. After receiving the information officials realized that he, in fact, came into Thailand to hide from his arrest warrant in South Korea.

The Immigration Police kept close watch once they realized what Jaesong had done and the number of damages involved in the case. Then on 27 November 2019, the Sa Kaeo Province Immigration Office successfully arrested Jaesong. His visa has been canceled where he has now been deported back to South Korea where his prosecution process will take place.

FB Caption: People from Korea and other nations around the world fell victim to the high claims, there are over 5,000 victims with damages of over 468 Million USD. 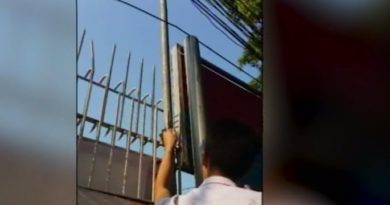 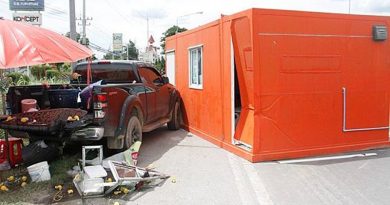 Fruit seller almost dies as container falls off onto truck. 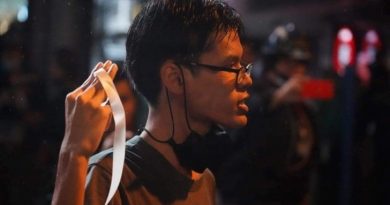 Tle Nattanon arrested after offering a white ribbon to Police.