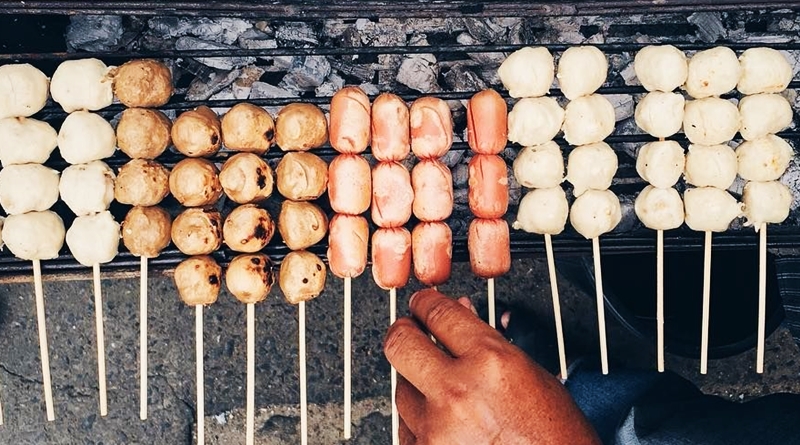 For those who have been living in Thailand for a while, we all know that street food often found at every corner and on every road of Thailand, gives us long wood sticks with sharp ends as an eating utensil. The stick is used to poke food inside clear bags instead of using our hands. These type of sticks can be used to eat almost anything making it very common for sellers to give you one or two with every bag, even using them as chopsticks. The most common examples being fruit, beef balls, and hot dogs.

We realize that the sticks have a sharp end and can make us bleed if too much pressure is applied, especially in cases of accidents. But, sometimes we overlook the dangers and just assume that nothing will happen, choosing to eat with the sticks while moving and even while driving or traveling in a moving car.

An 8-year-old boy was not so lucky yesterday (November 28), Tonnawat was sitting in the back of a moving motorbike while his grandfather was driving. Naipol 64 years, the grandfather was driving as usual in Nan district when suddenly Chalermchai a 64-year-old driver cut through the front of Naipols motorbike, causing the bike to fall down on the road. In the meantime, Tonnawat was in the action of eating beef balls with a wooden stick, when the bike fell the stick that was in Tonnawats mouth entered into the tongue.

The rescue team quickly arrived to perform first aid on the boy and then rushed him to the hospital for further medical care. Tonnawat is now safe with only a slight cold left, although Tonnawat will have to keep good care of the wound to protect against infection. Naipol, the grandpa stated that before the accident happened he had just picked up Tonnawat and that the boy often had beef balls with wooden sticks while sitting on the motorbike, now he has learned his lesson the hard way and will not be doing it again.

FB Caption: He has learned his lesson the hard way and will not be doing it again. 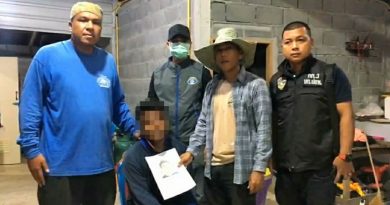 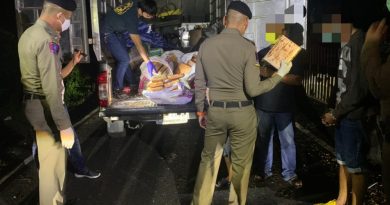