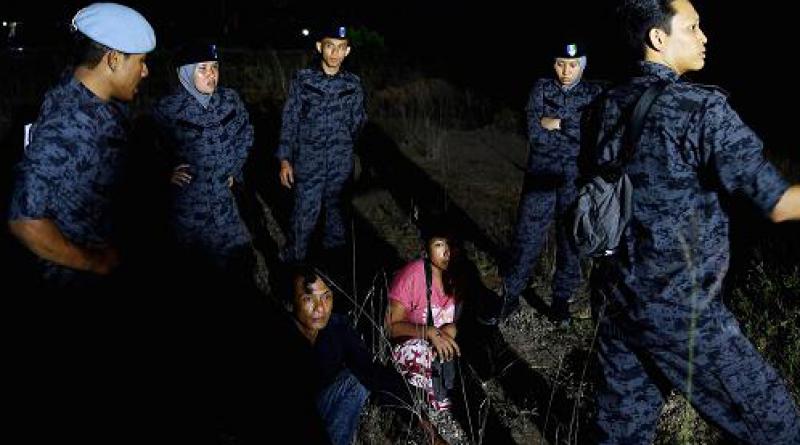 (CNBC) – Malaysia is already cracking down on undocumented immigrants — and they may be getting ready to arrest a lot more.

So far, the country has arrested more than 3,300 workers and 84 employers since July 1. Activists are crying foul over possible abuses of rights, and business owners are also speaking out against what they say are unfair rules that could cripple industries.

The nationwide raid began a day after the deadline passed for migrants to register for an Enforcement Card (E-Card), which allows those lacking valid permits to work in the country until February 14, 2018. If an undocumented migrant is found without an E-Card, they are detained.

This month’s crackdown is not Malaysia’s first. Over 146,000 undocumented workers have been detained in 26,870 enforcement operations between 2014 and 2016, Malaysian news agency New Straits Times reported.

The frequent and sustained crackdowns point to the lack of a long-term migration policy that responds to employers’ needs for migrant labor, according to Anna Olsen, technical specialist at the International Labor Organization, a United Nations agency.

According to Foo Chek Lee, president of construction and building organization Master Builders Association of Malaysia, each crackdown further diminishes the already-thin labor supply and increases the cost of wages, making it more difficult for construction companies to survive.

Estimates suggest that there are three to four million migrants currently employed in Malaysia, which would constitute approximately 20 to 30 percent of the country’s workforce. The brewing crackdown could conceivably mean hundreds of thousands of those workers are arrested and deported.

Although the E-Card system was open to many migrants, the problem for them was that all applications needed to be submitted by employers. And for a variety of reasons, that might not have happened.

“It is unfair that a worker is arrested for something that he cannot on his own do,” Paul said

Migrant workers are also often mistreated in such raid operations, according to Olsen.

Civil society actors have also expressed concern about the long-standing cramped, unhygienic conditions at Malaysia’s detention centers. Over 100 people have died in these centers in the past two years, according to Reuters. In comparison, the US recorded 10 deaths in its immigration detention system, which holds many more detainees, in the last financial year.

And although migrants often face unpaid wages, an undocumented worker who has been detained cannot seek redress on that front, Paul said. That’s just one of the ways the crackdown is affecting their livelihoods.

“In times of crackdowns, migrant workers risk being fired by their employers, which can lead to irregular status or loss of wages,” Olsen said. “Other employers … might try to ‘hide’ irregular migrant workers, contributing to further isolation and increased risk of exploitation.”

It’s not just activists who are complaining about the crackdown. Business owners are saying the rules are unfair, and they’re pointing to the low levels of registration as evidence.

In fact, up until two hours before the window expired, businesses had only submitted applications for 23 percent of the 600,000 eligible immigrants.

Although employers had been given close to five months’ notice for the E-Card deadline, the blame for this paltry registration may not entirely lie with employers.

“A lot of SMEs (small- and medium-sized enterprises) paid the agents, but were never able to get E-Cards or the rehiring done,” Kang Hua Keong, national president of the SME Association of Malaysia, reportedly told Channel NewsAsia. “A lot of agents promised — even blacklisted ones — that they can get it done, but actually, it is not true. Agents just want to make the money.”

Employers also faced risks in registering for the card, which could explain why many did not go through the process, according to Paul.

“Not everyone who applies can get the card,” he said. “If you apply for the card, and your worker is found to not be eligible for it, he or she will be sent back.”

Furthermore, although the E-Card is free, employers must pay 600 Malaysian ringgit ($140) in advance to legally rehire their worker at the end of the amnesty period. There is no refund if the application fails.

Nonetheless, others in Malaysia’s business community held a different view.

“Admittedly, the government has given plenty of time for employers to comply with E-card registration,” said Foo. “However, the employers take a wait and see attitude, thinking that government will extend the time for E-card application.”

E-Card holders who do not obtain the necessary documents from their embassies for securing a Malaysian work permit by February 15, 2018 face deportation.

Top: In this picture taken late July 11, 2017, migrant workers sit amidst Malaysian immigration officials in an open field following a raid at a construction site in Port Dickson. Malaysia’s immigration department is carrying out a nationwide crackdown on illegal foreign workers after a deadline for registration expired on June 30. Photo: Manan Vatsyayana | AFP | Getty Images via CNBC 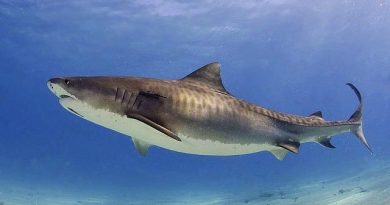 Shark attack in France, only hand with wedding ring left.