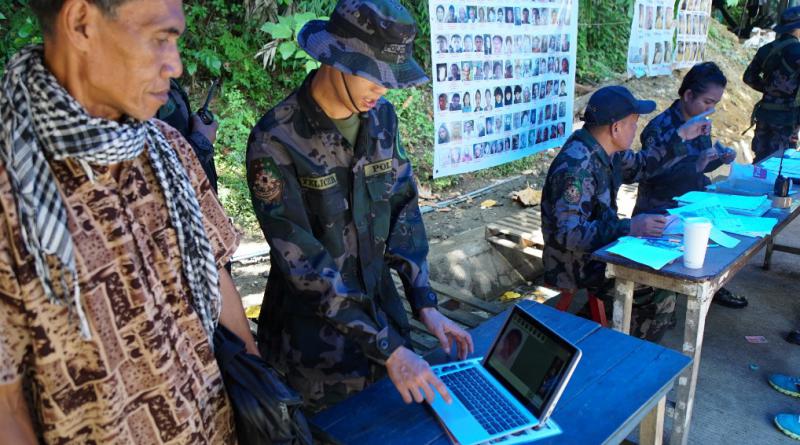 (CNN) – Iligan, Philippines: During the rainy season on the southern Philippines island of Mindanao, storms are foreshadowed by flashes of lightning in the distance, visible above the treetops.

When the rain finally comes, it is a vicious, torrential downpour, which ends as abruptly as it begins.

While the rains come and go, the flow of wounded into a military hospital in the north of the island does not. Just as two ambulances pull into the hospital at Camp Evangelista in Cagayan de Oro, the skies once again open up, muddying the dirt courtyard. They discharge yet another 10 soldiers, wounded in what is becoming a bloody, protracted insurgency by ISIS-affiliated militants. Lt. Col. Jonna Dalaguit, the facility’s chief medical officer, looks exhausted from the constant stream of broken men who are ferried into her hospital, brought in displaying the wounds of war — “bullet wounds, blast wounds, fractures,” she tells CNN.

“We have (admitted around) 330 casualties since day two of this crisis.” It’s the worst count she’s ever seen.

It’s been like this for a month, since ISIS-aligned fighters stormed the northern Mindanao city of Marawi, capturing key government buildings and setting fire to churches and schools.

In the weeks that followed, the Armed Forces of the Philippines (AFP) have slowly clawed back territory in the city, but a stubborn remnant of around 100 fighters clings to a handful of inner city neighborhoods, despite a sustained — and some argue indiscriminate — campaign of government airstrikes reducing much of the city to rubble.

The siege, which appears to have taken authorities by surprise, has come at a high human cost — ISIS has killed at least 66 Philippines soldiers and wounded hundreds more since the conflict began. It’s the highest military death toll in recent Philippines history.

It’s so overcrowded at Camp Evangelista that around 30 soldiers, who aren’t in critical condition, lie in camp beds in an open-air hallway. From here they watch their comrades, bloodied and broken, rushed in from the battle.

The troops occupying the beds here, and throughout the wards, bring back stories from the front.

One, who cannot be named for military reasons, painfully levers himself up, to prop himself against the side of his hospital bed. He lowers his sweatpants to show the stained bandages which cover much of the back of his thighs.

He was on the battlefield earlier this month, clearing buildings in the city with his team. His point man’s weapon jammed, he said, and when he went to help him clear it, he was struck by an IED.

“I saw the ignition for a split second and turned,” he said. “The (armored) vest protected me but not my legs.”

He suffered extensive burns in the attack; his teammate was also wounded. Another bomb went off when the recovery team went in to extract them.

He was one of the relatively lucky ones. He says four members of his unit — his friends — have died in the past month, and he saw civilian bodies on the streets when the army first went in to take back the city.

The militants this time are much more organized and “wiser” than in previous encounters, he says — they’ve learned urban combat tactics honed in ISIS-held territory in the Middle East, he says.

The minarets of the city’s mosques, not too long ago used by Imams to call the faithful to prayer, now serve as deadly ISIS sniper nests.

Another soldier, whose mother quietly cleans his wounds as he lies in his bed, tells CNN that, as well as importing ISIS’ urban guerrilla tactics, they ape the AFP’s methods, and are fearless in carrying out counterattacks.

Filipinos are used to the torrential summer rains, but they do not hold out much hope that this vicious insurgency, which has erupted with a ferocity unseen here before, will end as quickly. Like the low thunder that precedes Mindanao’s downpours, there have been rumblings of Islamist uprisings on the island for some time. Armed extremist groups have been in Mindanao — the only part of the Philippines archipelago with a sizable Muslim population — since at least the 1970s.

Over time disagreements and regional factionalism took hold and individual groups have separately carried out bombings, kidnappings and other atrocities with little central organization.

It was only with the rise of Isnilon Hapilon, a commander in the Abu Sayyaf Group of Basilan, an island in the south, that some form of reconciliation came about.

Hapilon, who has a $5 million bounty on his head from the FBI and is a wiry extremist in his early 50s, was named emir of Southeast Asia by ISIS leader Abu Bakr al-Baghdadi in 2016 and has since set about uniting the region’s extremists.

In a matter of months, he has gathered as many as 14 groups under the black banner of ISIS, according to Rommel Banlaoi, a terrorism expert with the Philippines Institute for Peace, Violence and Terrorism Research monitoring group. The Marawi operation represents the first time these forces have banded together to fight under the ISIS flag.

“I don’t think we’ve ever seen an alliance like this that has shown the military capacity to take over a city, or to mount an operation that has anything approaching the complexity of this one,” Sidney Jones, the Indonesia-based director of the Institute for Policy and Analysis of Conflict told CNN.

She says the difference lies in the appeal of the ISIS ideology — “the fact that these very disparate groups subscribe to and have been attracted by the idea of a single Islamic state for the entire world.”

Mindanao is under martial law and the closer to the epicenter of the violence, the stricter the controls are. At a checkpoint on a road into Iligan City, around 40 kilometers (25 miles) from Marawi, civilians on foot and on public transport line up to pass into the city cordon.

Many of the thousands who pass through each day are former residents of the stricken city, and the checkpoints are another daily reminder of their hometown’s parlous situation.

At the barrier, passengers disembark from their jeepneys and line up in the June sun, slowly shifting forward towards makeshift awnings set up by the police and military. There, they are treated brusquely by troops on edge and fearful of bombings or other attacks.

After waiting their turn, they display their ID cards and move on. If they don’t have documentation — and many lost everything when fleeing the city — they write their personal details in a log book. One commuter, Alfie Pitogo, tells CNN it is an annoyance but it’s worth being inconvenienced if it keeps the city safe.

One pedestrian is pulled out of line and brought in front of a laptop, which takes his picture and uses facial recognition software to compare him to the dozens of images of wanted men. No match is made, so he is told he can continue on his way. The crisis in Marawi has forced almost 350,000 to flee city and surrounding areas, creating a humanitarian crisis the government is struggling to contain.

Many have sought shelter with relatives and friends outside the city, but thousands of others have crammed into makeshift camps for internally displaced people (IDP).

Local councilor Henry Cabilin tells CNN there are over a thousand IDPs in his “barangay” — the Tagalog word for neighborhood — alone. The number of men and women are about equal, but 80% are Muslim and 20% Christian.

Ahead of a visit by Philippines President Rodrigo Duterte to one such camp, at the National School of Fisheries in Barangay Buruan in nearby Iligan, a young mother sat on a thin rug, clutching her newborn. He was born in Marawi on May 23, as the battle for the city raged outside.

“While I was giving birth I could hear the gunfire but we didn’t run for safety,” Tarhata Musarip tells CNN.

“It was time for me to give birth. When my husband arrived at about 6 p.m., that’s when I delivered the baby. At 7 p.m., we left our home and sought shelter at another house, a higher one because ours was just made of wood, like a small hut.”

She named the infant Martial Law, a nod to Duterte’s decision to put the island under military lockdown. “He was born when we evacuated and then President Duterte announced he was going to declare martial law,” she says. “So I decided to name him Martial.

“With God’s mercy, my baby is fine. He’s been vaccinated and able to breastfeed. When we first arrived, my knees were shaky. I’ve been able to recover.”

At another IDP center across town in Barangay Maria Christina, Rohayma Macarimbor tells CNN she fled Marawi on foot three days after fighting began. The 55-year-old Muslim woman was on her way of the city when she encountered a truck full of ISIS-aligned militants. Terrified they would kill her and her companions, she said she tried to avoid their gaze but one called out to her in Arabic.

Having previously worked in Saudi Arabia, she understood that he was trying to reassure her. He offered her water, which she thought would be poisoned but, raging with thirst, she eventually drank it.

Wiping tears from her eyes, Macarimbor said the timing of the attack on her city was especially galling, as it came at the start of Ramadan, what should be a peaceful time for Muslims everywhere.

Sunday saw the festival of Eid, which marks the end of the month of fasting, but those in the camps have nothing to celebrate.

“I cook many dishes, different and delicious ones, to celebrate the end of Ramadan, but this will not happen anymore.”

Top: A laptop is used to take a resident’s picture. It uses facial recognition software to compare him to dozens of images of wanted militants and escaped convicts. Photo: CNN

First inset: ISIS has killed at least 66 Philippines soldiers and wounded hundreds more since the conflict began on May 23. Photo: CNN

Second inset: Over 1,000 people, mainly Muslims, have made the camp in Barangay Maria Christina their temporary home.

SOURCE:  CNN written by Euan McKirdy and Ivan Watson with journalists Kathy Quiano and Jinky Jorgio contributing to this report. 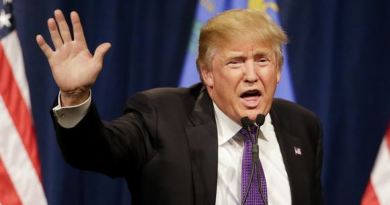 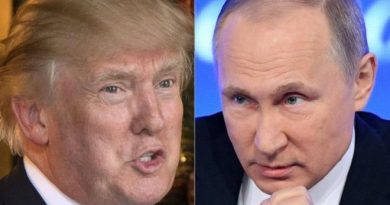 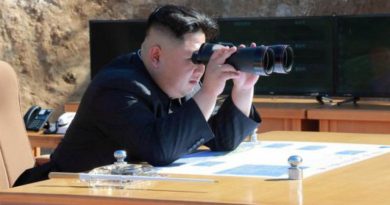