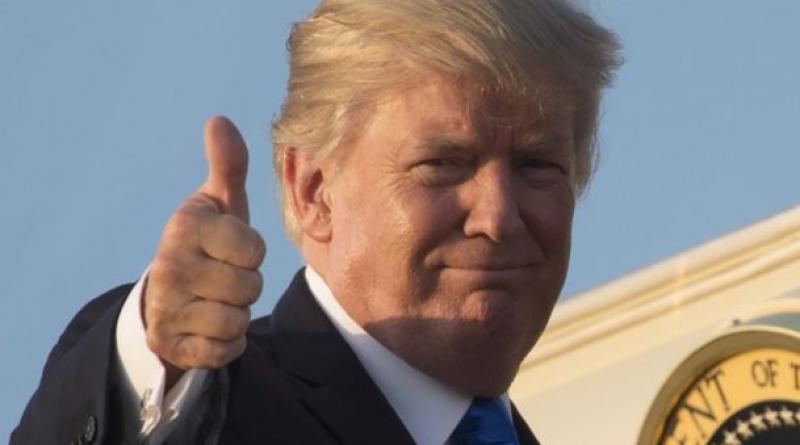 (BBC) – US President Donald Trump says the mood in the White House is “fantastic” despite intense scrutiny of his campaign’s alleged dealings with Russia.

He told Reuters the administration was “functioning beautifully” in an Oval Office interview.

“We have done more in five months than practically any president in history,” he claimed today (July 13).

The president also defended his son, who it has emerged met a Russian lawyer during the election campaign. Mr Trump Jr told Fox News the meeting was “such a nothing”, and “a wasted 20 minutes”, but accepted he should have handled it differently.

US intelligence believe Moscow tried to sway the 2016 election in Mr Trump’s favor and there are ongoing investigations into potential links between Mr Trump’s campaign team and Russia.

Moscow has repeatedly denied the claims, which Mr Trump called “a hoax made up by the Democrats”.

‘Most people would have had that meeting’

In his Reuters interview, Mr Trump said he had not been aware of his son’s meeting with Ms Veselnitskaya until couple of days ago.

Defending Donald Jr’s decision to attend, he added: “Many people, and many political pros, said everybody would do that.”

The president described the election campaign as “a wild time” when “we would meet with many people”.

He refused to say that he regretted Donald Jr’s actions, commenting, “Most of the phony politicians who are Democrats who I watched over the last couple of days… would have taken that meeting in a heartbeat.”

‘I get on very well with Putin’

In another interview, with the Christian Broadcasting Network, he also said he gets along “very well” with Russia’s President Vladimir Putin.

His comments came days after his much-anticipated meeting with Mr Putin at the G20 summit in Hamburg.

“People said, oh, they shouldn’t get along. Well, who are the people saying that? I think we get along very, very well,” he said.

Mr Trump cited the recent ceasefire in south-western Syria as an example of how co-operation with Mr Putin worked.

He said he was sure the Russians would have preferred to have Democrat Hillary Clinton in the White House.

Why? “If Hillary had won, our military would be decimated,” he said.

“Our energy would be much more expensive. That’s what Putin doesn’t like about me. And that’s why I say, why would he want me?”

He told Reuters he had asked Mr Putin flat-out if his government meddled in the US election.

“Somebody did say, if he did do it, you wouldn’t have found out about it. Which is a very interesting point.”

The US president is currently travelling to Paris, where he will join Bastille Day celebrations.

Top: US president Donald Trump says his team is “functioning beautifully” despite a turbulent week. Photo: AFP/Getty Images via BBC 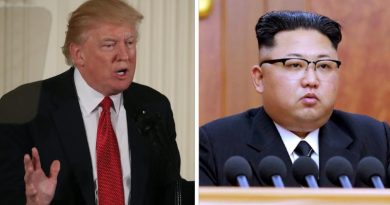 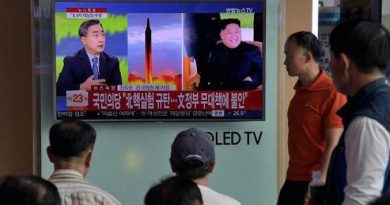