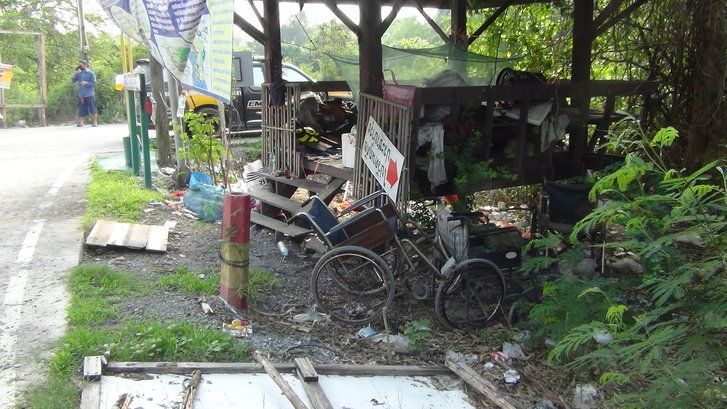 A homeless man mysteriously dies by the road, locals are afraid it is Covid-19 related. Relatives of the man show up and reveal he actually has a home, but the man refused to stay in it. The man died under a pavilion by the road and the relatives insist he is not a high-risk person and has not come into contact with anyone infected. He does have existing health problems and is homeless only because he chose to be. The incident took place on 2 May 2021 when Police Captain Noppadon Taweechat from the Bang Pakong Police Station in Chachoengsao Province received notification of a dead man at a road intersection. Officials went to inspect the location along with the local rescue team.

Police found a thin man about 160 centimeters tall dead under a pavilion. In this small pavilion by the road the man had a mosquito net and other items used in his daily life including a wheelchair. He had been using the pavilion as a home. There were about 20 locals surrounding the location to see what was happening. The man is Lotok 58-year-old, and he had a home not far from where he had passed away. Because the death took place when Covid-19 case numbers in Thailand was rising police and members of the rescue team had to take safety precautions including the use of PPE. In Chachoengsao Province alone there are currently 343 cases with 2 dead from the virus. The number are cases relating to the new wave that started in entertainment businesses.

Jakpan 54-year-old and Thawee 56-year-old along with other relative confirm that Lotok has diabetes and high blood pressure. He has no history of visiting high risk areas or coming into contact with Covid-19 patients. Lotok could not walk and would always stay around the area he was found dead. There has been no Covid-19 cases in Homsil Sub-district where he was found. The area has had Covid-19 cases in the past from the first and second wave, but all cases have made a full recovery since then. Relatives usually helped take care of him, but he would not stay in his own home and would always come back to the pavilion. He would also stay in the local temple once in a while.

FB Caption: Relatives of the man reveal he has a home, but he chose to stay outside. 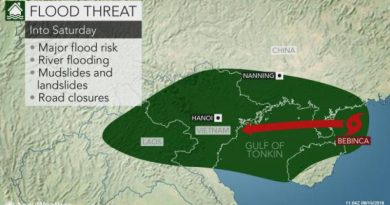