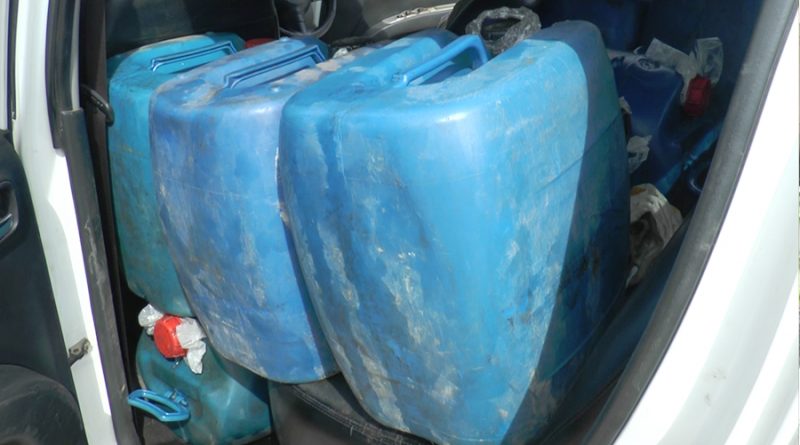 A white truck was caught carrying over 1,000 litres of illegal diesel while on delivery to Hatyai in Songkhla province. The truck was filled with blue oil gallons and the interior was also adjusted to carry fuel in the seats and under the car. The driver reported that he gets about 1,000 THB for each delivery.

The 5th Infantry Regiment Task Force and other officers received news that there was going to be a delivery of illegal diesel from Padang Besar district to Hatyai. The officers waited for the delivery to pass by Sadao district in Songkhla province. After waiting a while, there was a suspicious white truck driving with high speed through the area. The officers revealed themselves and pulled over the truck.

The truck followed the instructions and parked by the road. The officers didn’t have to search for long as there were 7 blue gallons filled with diesel on the back seat of the truck. Each of the gallons carried about 33 litres of diesel. The officers then removed the blue gallons and searched the remaining of the truck to discover that the back seat was converted into a giant tank that was covered with cushioning in an attempt to blend in.

Under the truck was also converted into a fuel tank with a valve hanging down below for letting the fuel out. Together there were approximately 1,200 litres of diesel fuel. All of the diesel along with the truck has been seized to be used in the prosecution process.

The driver was Pricha Tangsuchon 48 years old residing in Sadao district, Songkhla. He admitted that he was supposed to deliver the diesel to a customer in Songkhla. He receives 1,000 THB for each delivery, he has been delivering once a day as officers have been more strict lately. The fuel was smuggled in from the border into Songkhla.

FB Caption:  The back seat was converted into a giant tank that was covered with cushioning in an attempt to blend in. 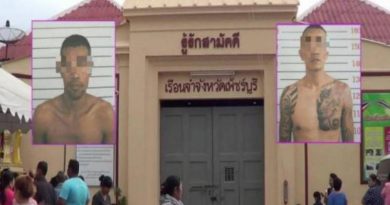